AS OF OCTOBER 25, 2013, IT WAS DISCOVERED THAT THIS PLACE HAS CLOSED

Let’s be real. Not all of us would think a place holds some exciting flavors from non-familiar lands if the logo design looked like this: 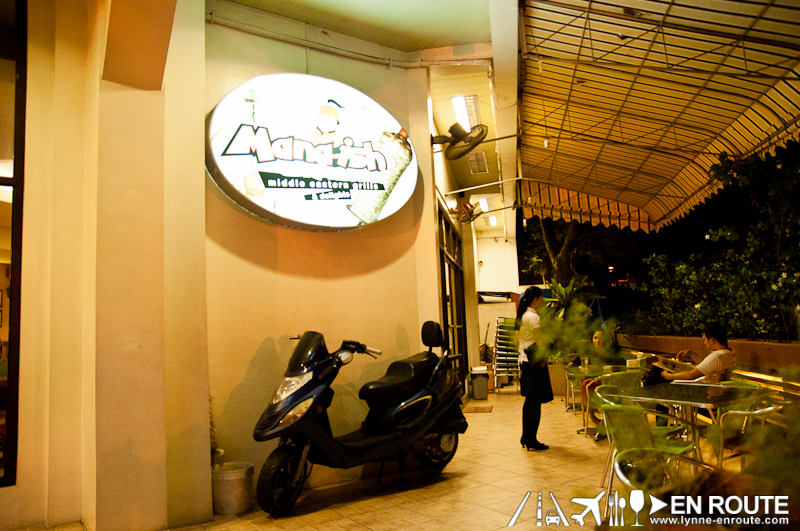 The cartoonish letters mixed with basic colors shined in light box style makes it look more like the other more non-descript places that may have lackluster food. But never judge a restaurant just because its signboard either looks old or unsophisticated (Robia and Arby’s and places in Binondo will be a testament to this)

Mana-Ish and More gives some of the tastiest and value-for money Lebanese, Persian and other Middle Eastern Cuisines in Jupiter Street, and for Lebanese Cuisine, probably one of the good ones in Metro Manila. 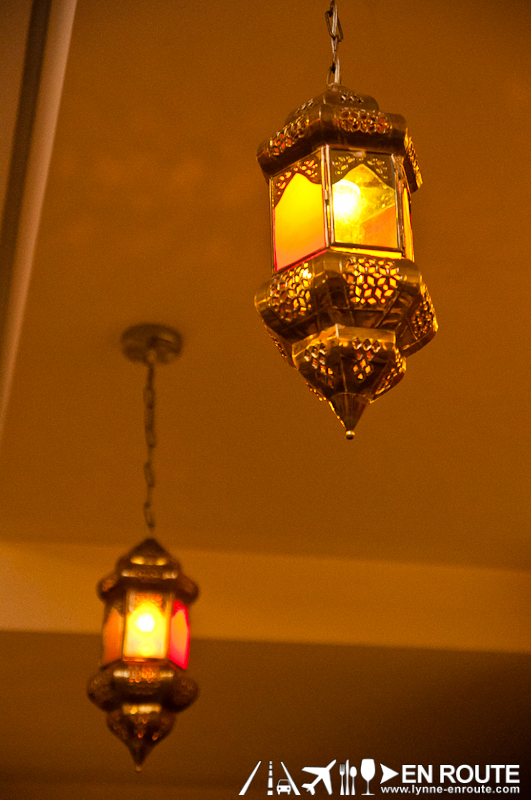 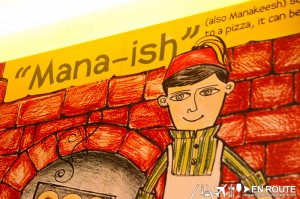 So what is Mana-ish? Mana-ish apparently is a flat bread dish with toppings on top, typically thyme, cheese, or ground meat. It looks pretty much like a pizza. It’s also called Manakish or Manakeesh.

This sounded delicious, and the group wanted to give different flavors a try. Luckily, Mana-Ish and More has this menu item called the Magnificent 6: 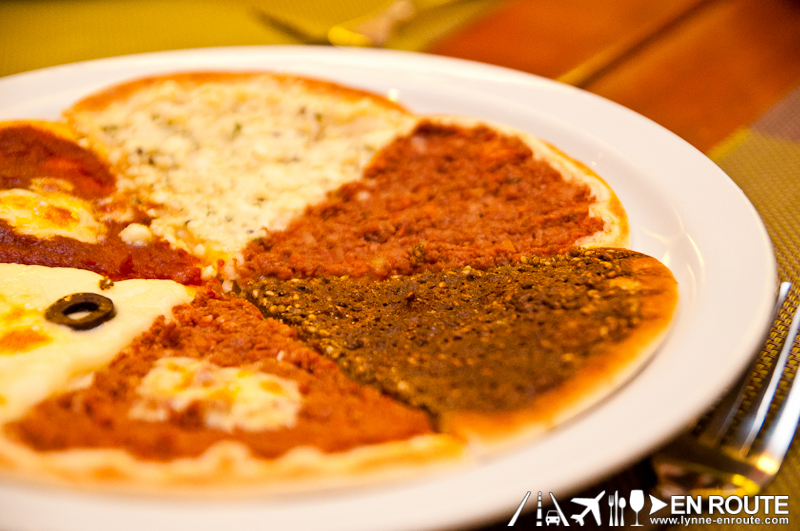 6 slices of some of the popular Mana-ish in thei menu: Zaatar, jebneh, esfiha, muhammara, soujuk, and blanch. This is a great way to get a taste of this Lebanese staple.

After starting with these, get to explore more of Mana-Ish and more’s offerings, such as some of their Biryanis. This one topped with some ground beef is flavorful and filling, with the rice giving some bulk.

If familiar Middle-eastern cuisine is more your thing, look into some of their lamb kebabs or chicken shawarma. The bread wrap on the shawarma is toasted just right to give a texture that complements the chicken flavors. 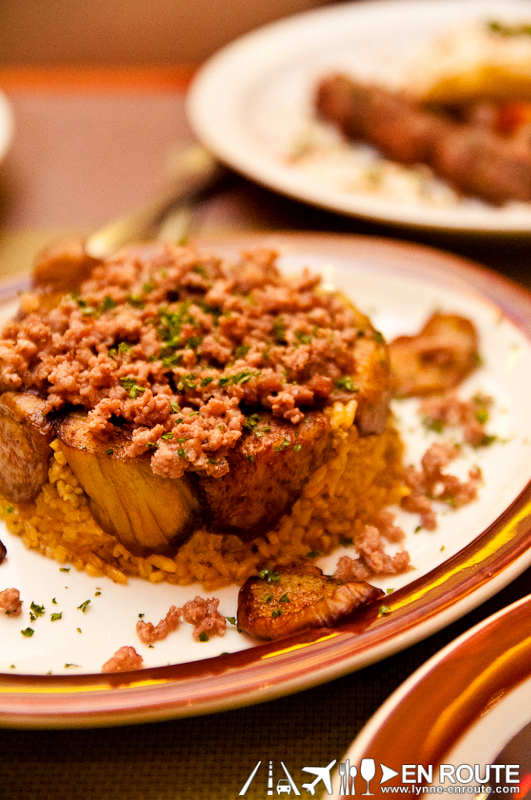 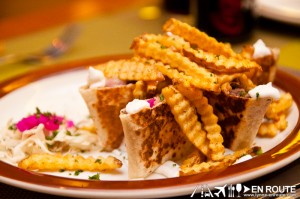 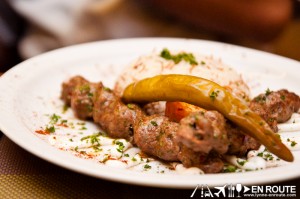 Here was a shawarma that wasn’t served in the traditional wrap stye: 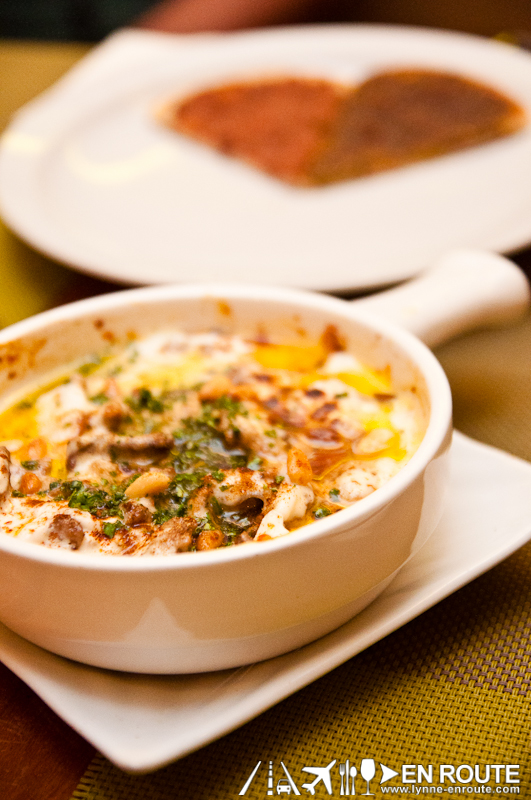 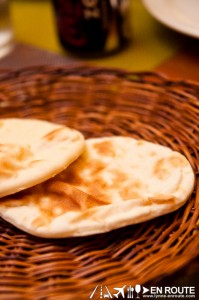 Taggen Shawarma is mix shawarma with fried pita bread, tahine sauce, butter & cashew nuts, served in a hot bowl. It was something quite new, but the flavors were fantastic! the first thing to hit would be the slight sourness of the tahine sauce and the creaminess of the butter, and then comes the other textures like cashew nuts. It was somethign else and it goes well with an extra order of pita bread.

It does pay to always look more into trying different things, and sometimes getting over the idea of judging how a restaurant would be just from its lighted sign. Give Mana-Ish and More a visit for a taste of a flavorful dimension of Lebanese and Middle-Eastern Cuisine. 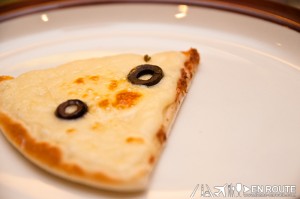 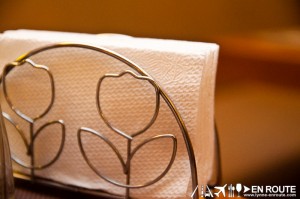 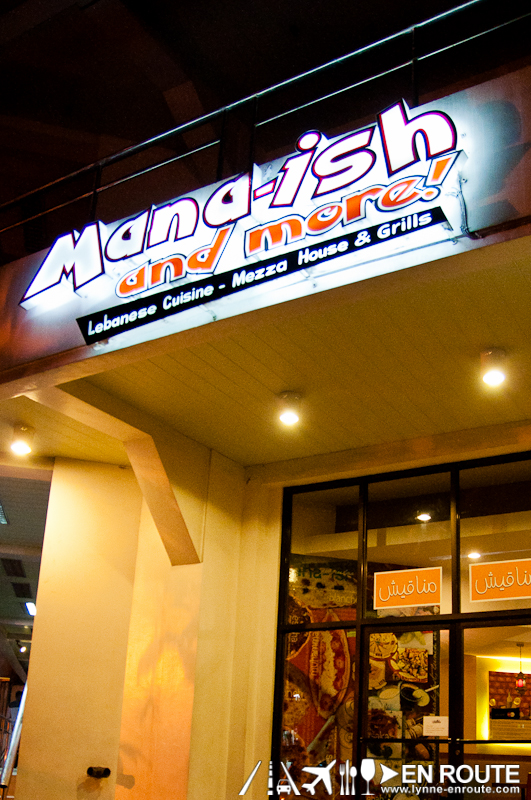 Fan of these Middle Eastern Cuisines? Or are there other nice underappreciated restaurants? Leave some comments in the Facebook Comments below:)