San Gimignano. Known as the “Medieval Manhattan” with the towers of rich families that used to live in this now declared UNESCO World Heritage Site.

Not much pictures as this was just one of the many stops in a Tuscan Day-Tour by Ciao Florence Tours. But it gives a great insight as to how things were in the days of old.

In the olden days, San Gimignano used to have 76 towers. Over time, it has diminished to 14, and is now one of the more interesting tourist towns of the Tuscan region of Italy.

No cars permitted near the entrance to the town. You will have to walk uphill. 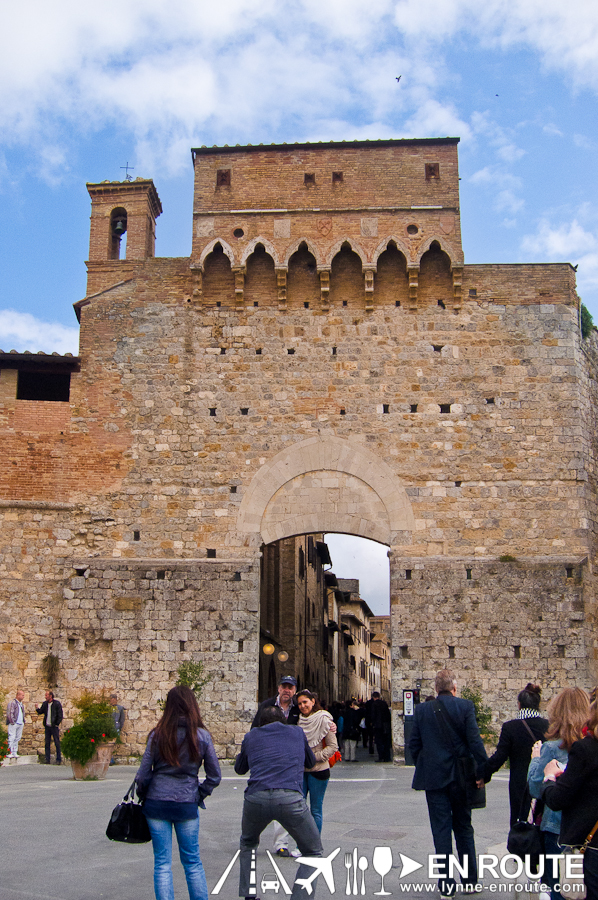 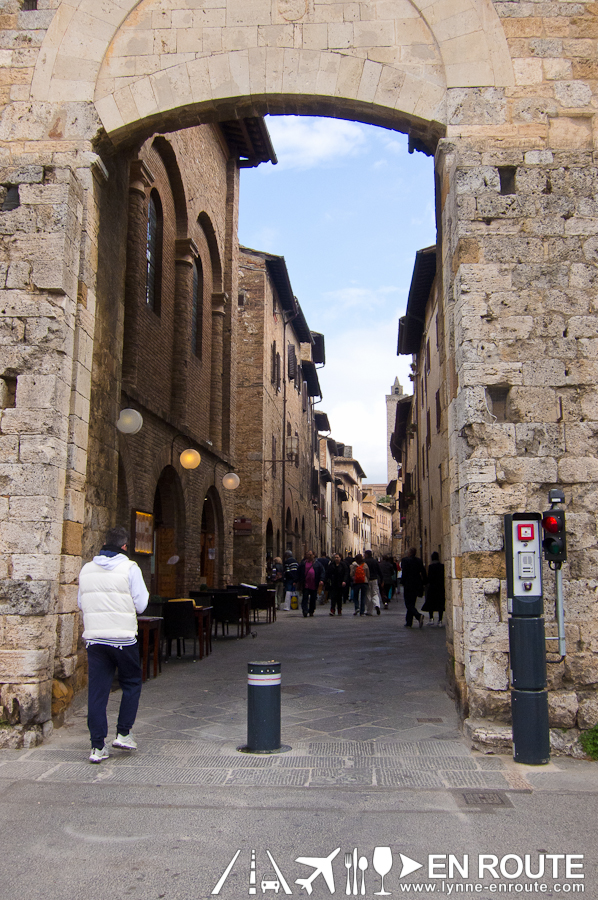 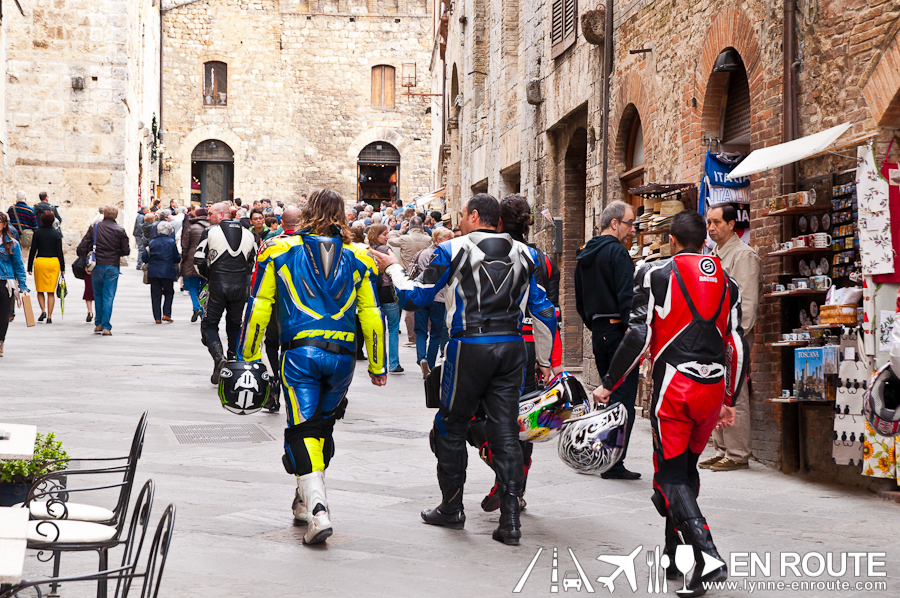 Once inside, it really feels like you just stepped into medieval times where the only security you can have are high walls guarded by gates and watch towers. Cobblestones and dark alleyways abound in every corner. 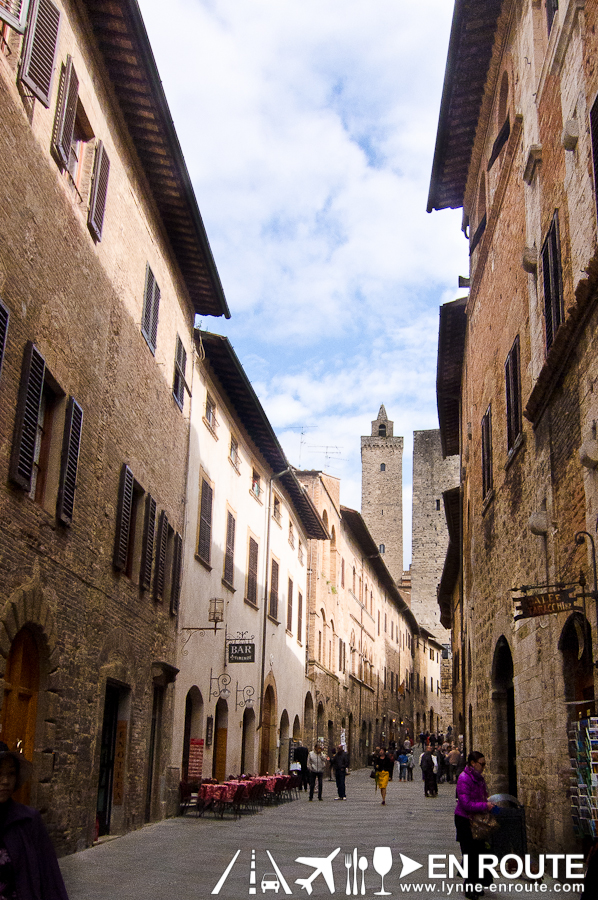 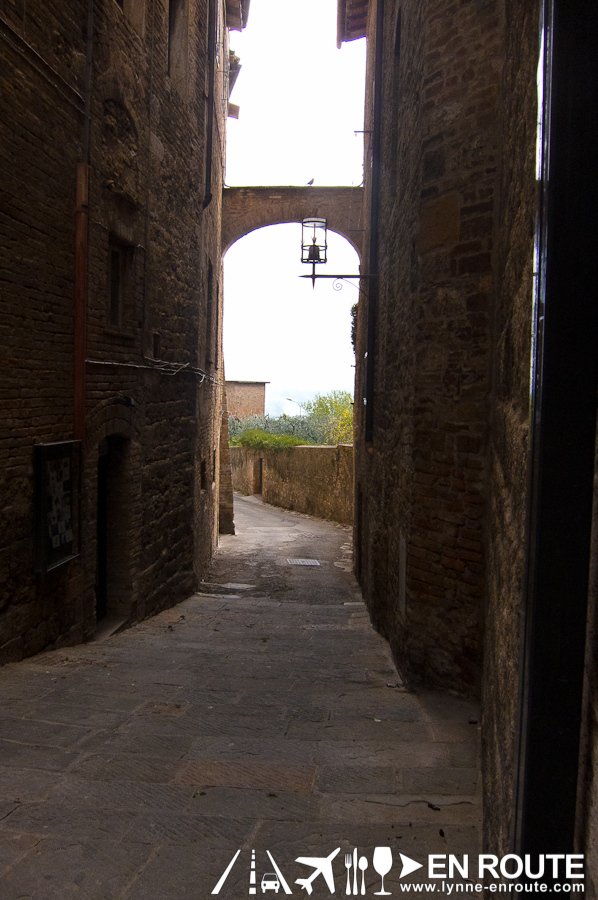 What else is around every corner of San Gimignano? Torture museums.

Personal speculation: Torturing might have been a blooming enterprise back in the day and private entrepreneurs were probably pitching ways on how to make the most out of any victim handed by the local government. It cannot get any more medieval than that. 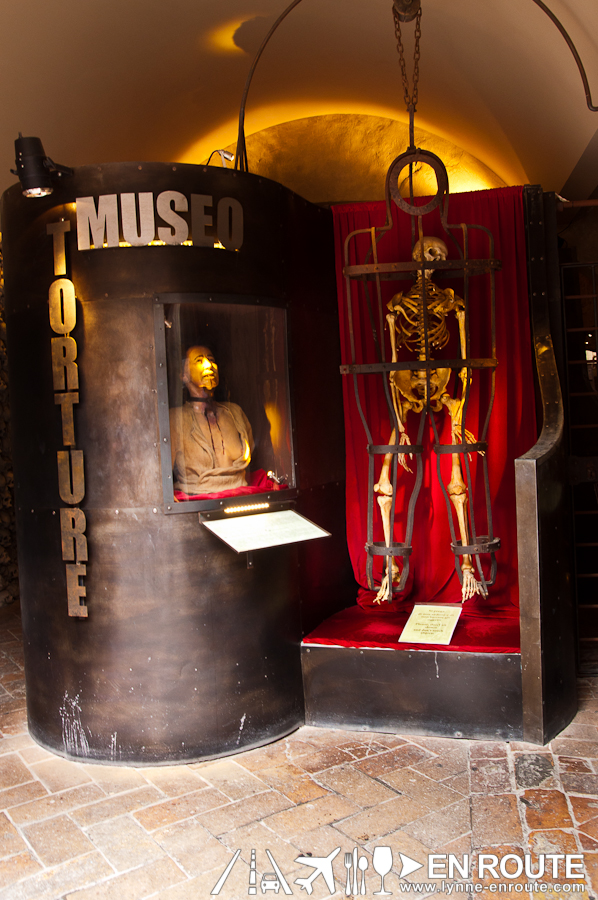 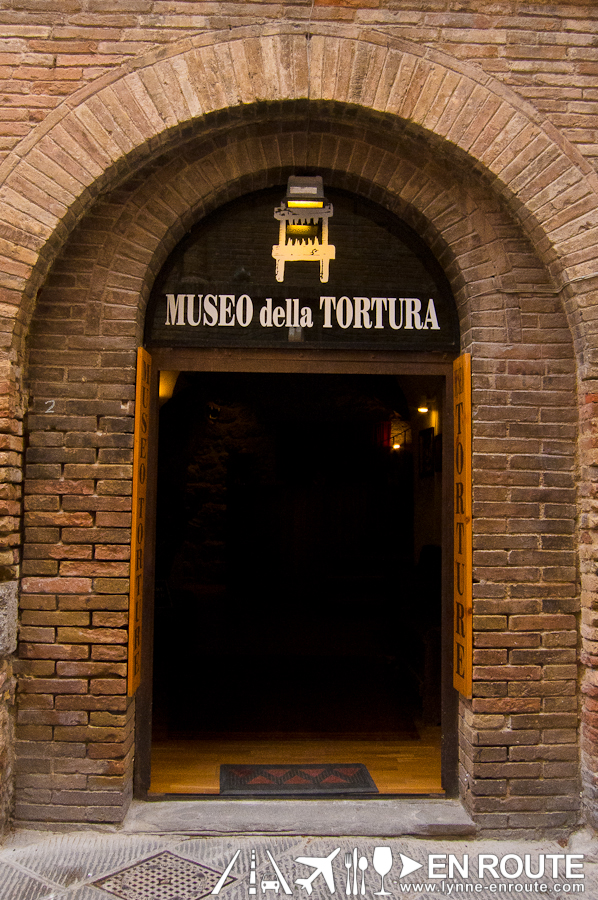 What else is medieval? Knives, armor, and swords. Yes, they are for sale, and they ship almost anywhere in the world, too! Talk about convenience. Should have bought some. Oh well. Just gives more reason to go back. 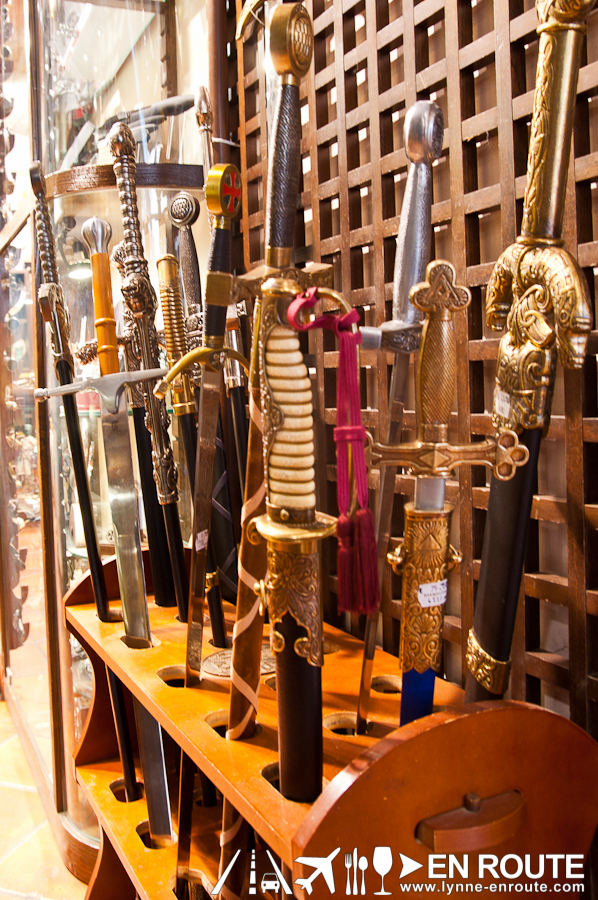 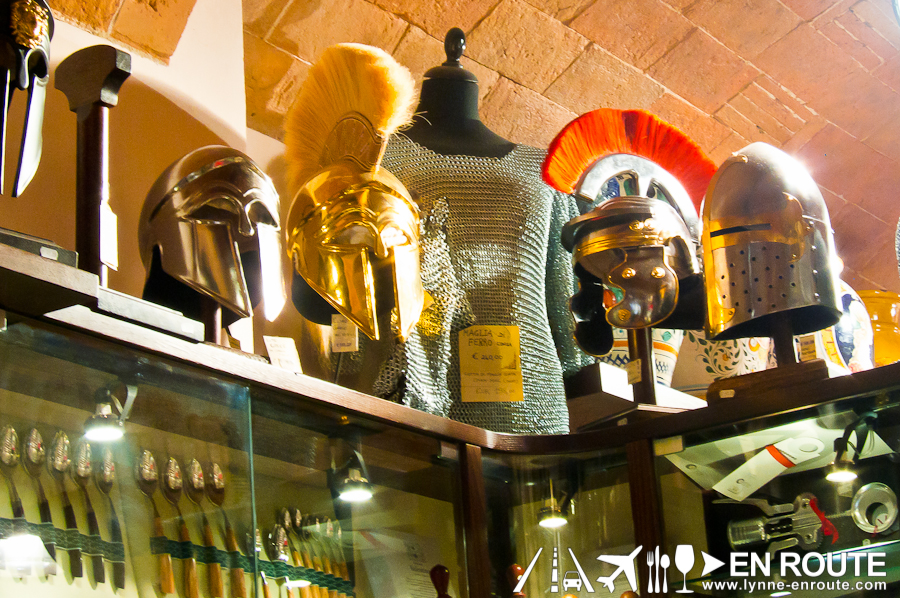 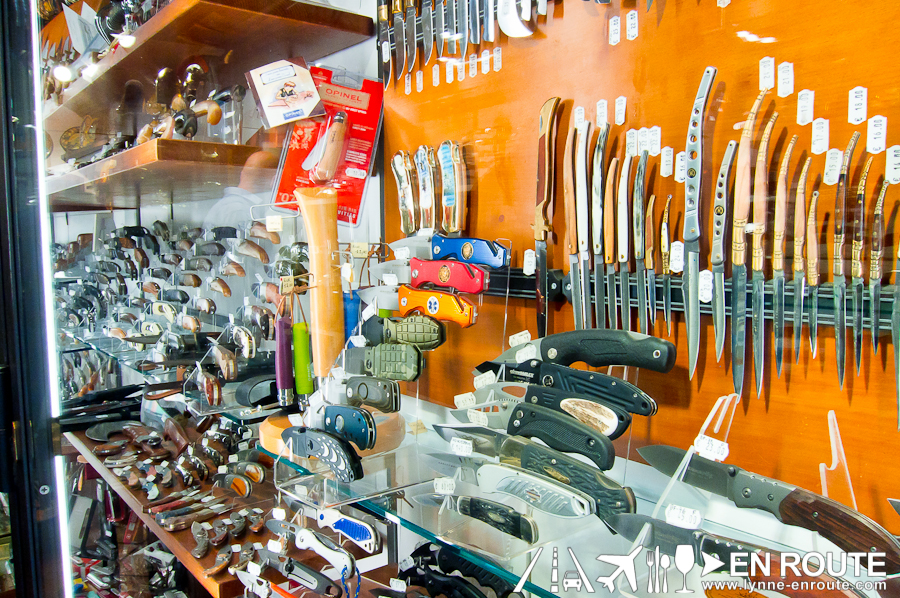 It’s not all dark and violent stuff in San Gimignano. Pottery, ceramics, toys and trinkets are for sale. Things that can make a particular market feel happy to have come to this place. 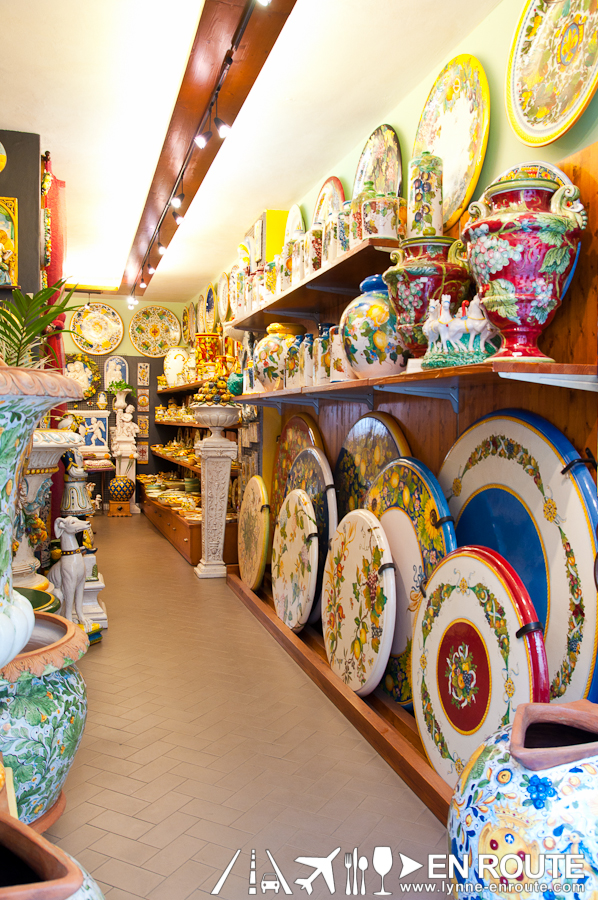 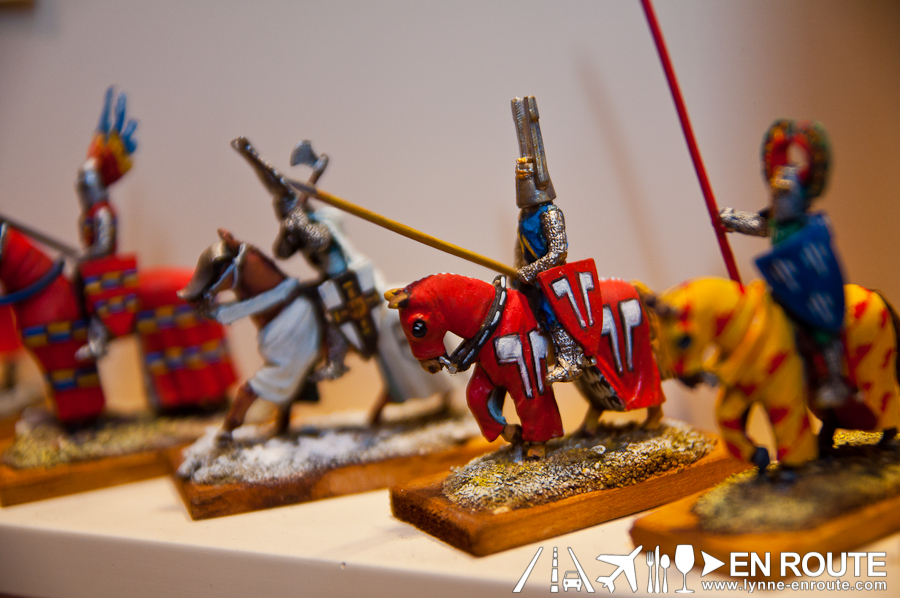 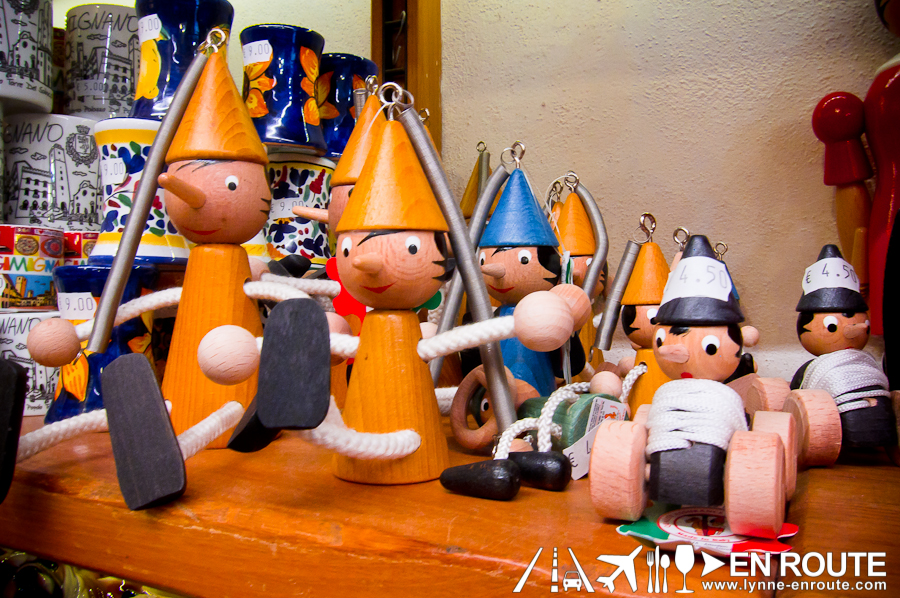 But there is one thing that everyone should get when in San Gimignano:

More particularly, look for the Dondoli Gelateria that is located in the town square. This gelateria formed part of a team that has won the World Gelato Championship twice. They know what they are doing.

And kids can sense it a mile away. 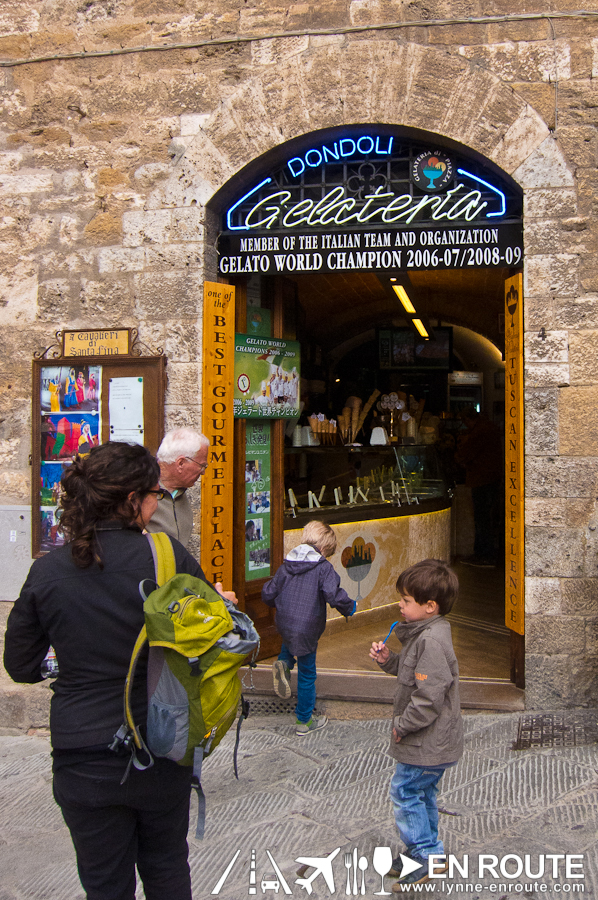 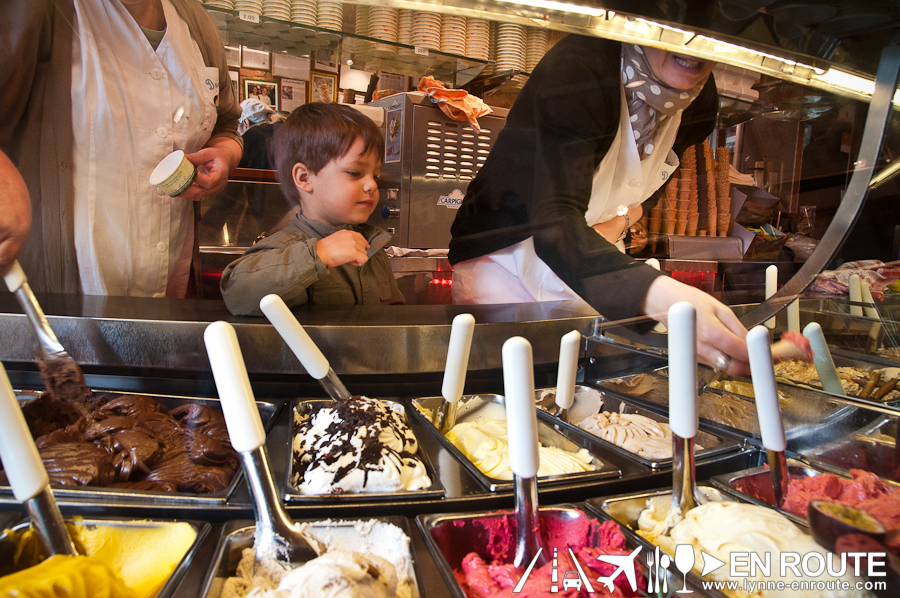 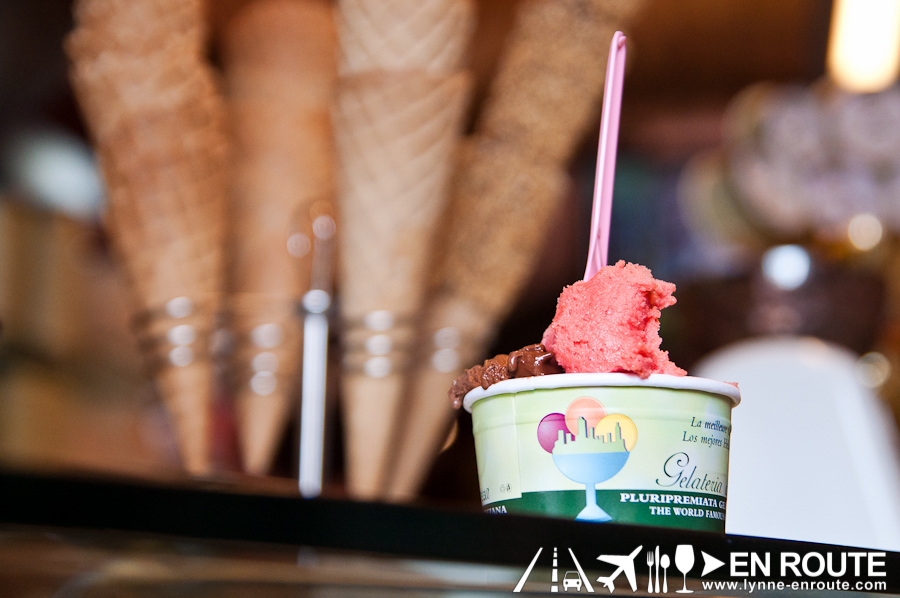 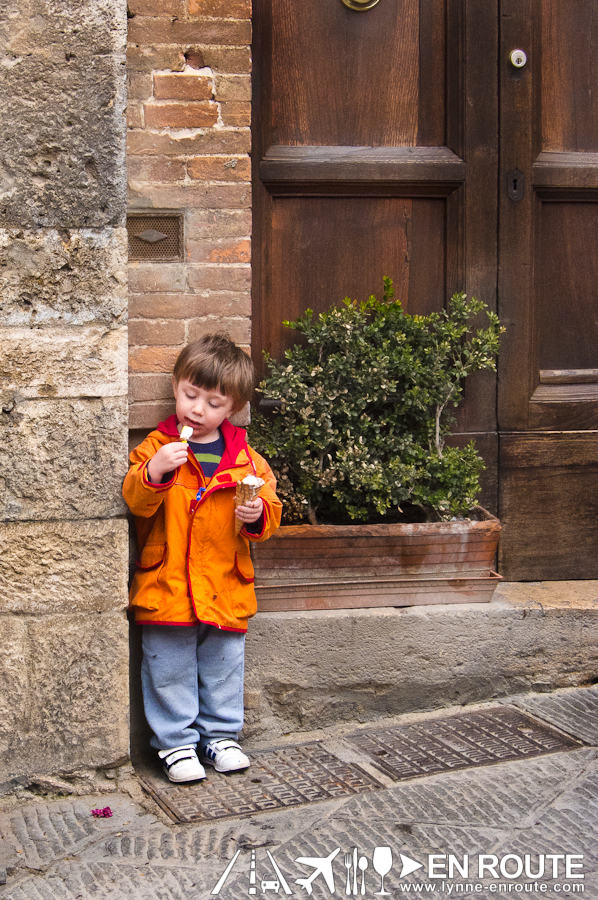 Somewhere deep inside everyone, we yearn to always look for that which makes us happy with the simplest of things.

Somehow, some way, gelato can take on that form. Maybe it’s all the cream and sugar (or maybe it’s just the sugar?), or just the thought of going behind the counter of ye old gelateria run by the sweet old couple that finds simple joy in the innocent delight of children over the creamy and colorful creations.

Though perfect gelato, in itself, is not the simplest of things to make. 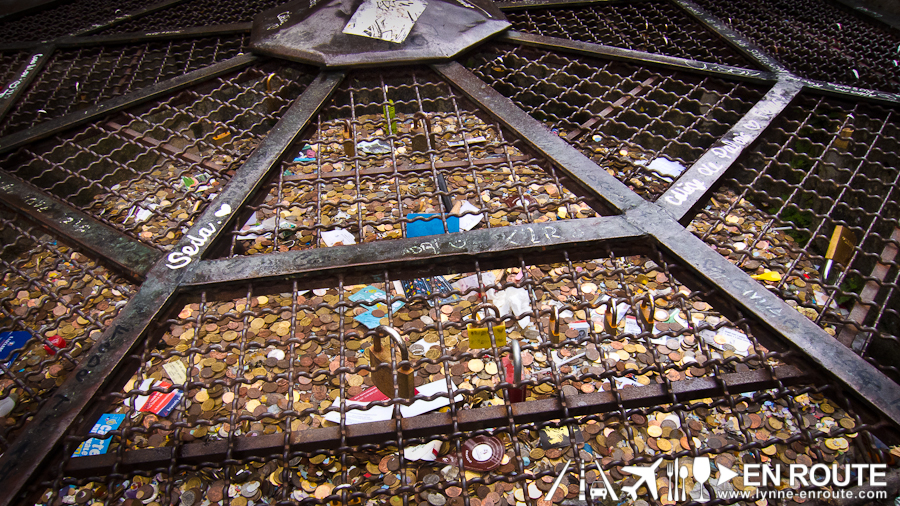 Once you are done exploring the corners, head back to the center, where the old well still sits. Throw a coin and wish that one way or another, you will return here to know more about the Medieval Manhattan that is San Gimignano. 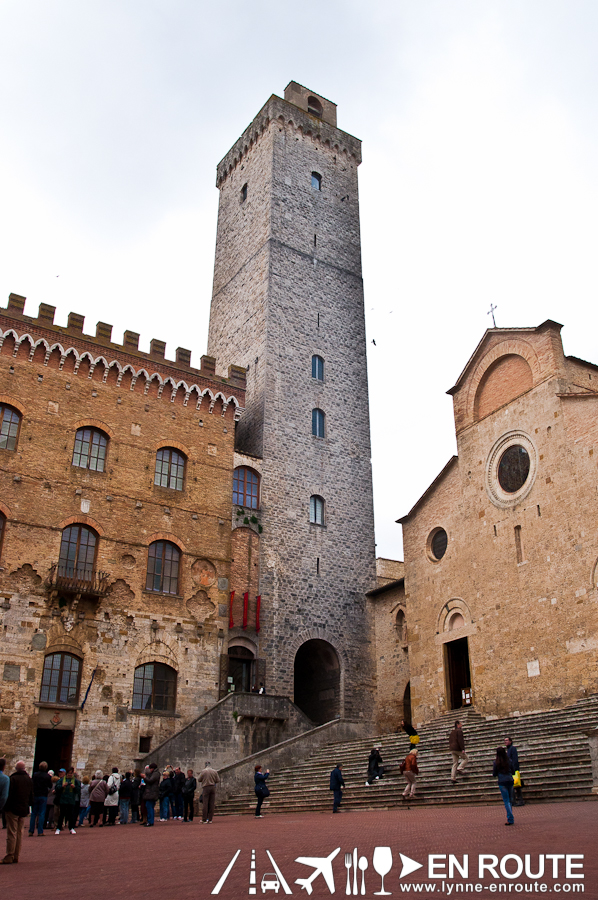 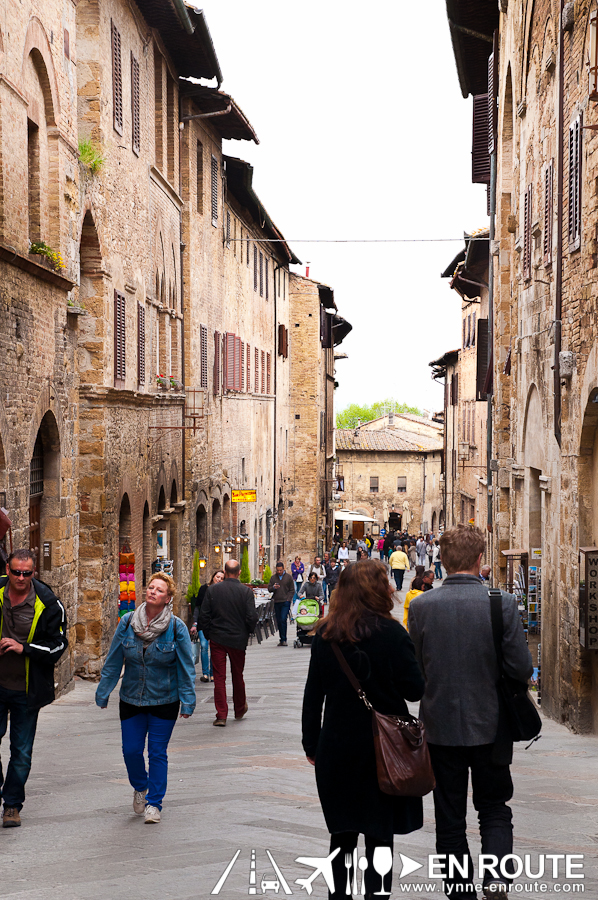