Once again, the Filipino fastfood giant that we know as Jollibee has come up with something new on their menu: the Jollibee Chicken and Mushroom Pasta.

If you are a fan of the Jolly Spaghetti and its tamis-anghang flavor like we are, this is something a bit similar to it.  We’ve been seeing it around for some time so we figured, if we liked their Hash Brown burger before, this shouldn’t be too bad. 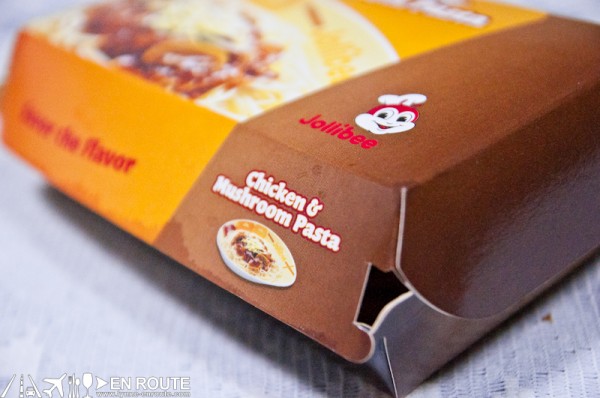 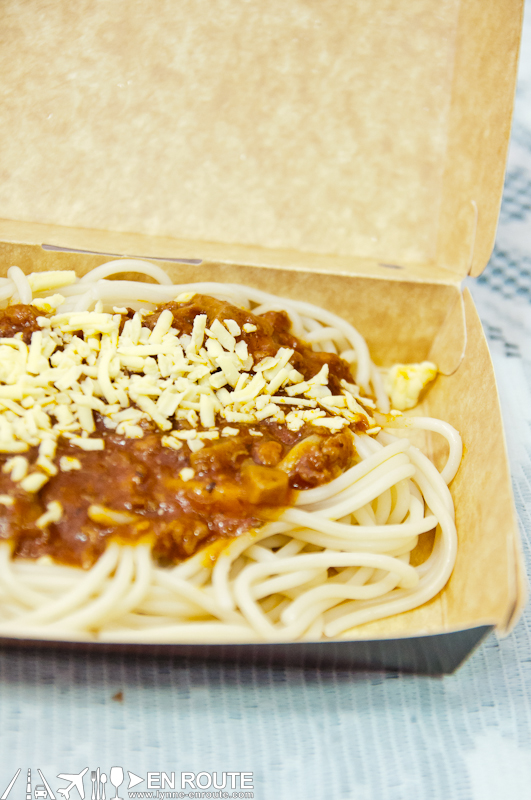 Upon opening the box, what greets you is almost identical to the childhood favorite that is Jolly Spaghetti.  Jollibee lives up to its “Langhap-Sarap” promise because the smell alone can make your mouth water.  Forget the fact that you will eat it from a box.  The flavor is actually close to that of the Jolly Spaghetti less a little of sweetness and sourness. The Chicken and Mushroom Pasta has a very creamy texture and tastes really peppery.  There is a meaty flavor to eat although we weren’t really sure what part of the dish was considered chicken.  The mushroom slices were more apparent. 😀 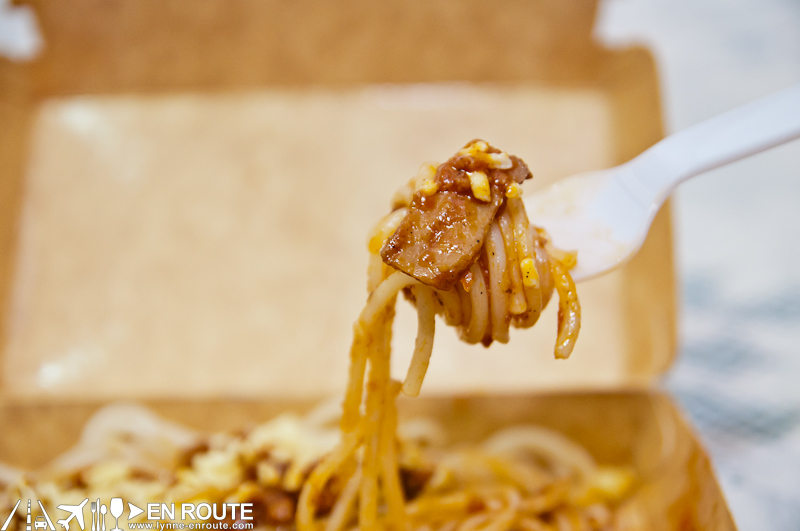 Verdict? There is a reason why the Jolly Spaghetti has remained how it is for such a long time.  It has a stronger flavor that caters to the Pinoy’s taste.  Having said that though, the Chicken and Mushroom is a good option if you want a creamier and spicier taste when you take a bite.  For P55 pesos as a solo order versus P42 when you order the Spaghetti, that’s not so bad.  Maybe you can just ask for more cheese. 😛  You can also order the Chicken and Mushroom Pasta with other options:

It’s a nice rich flavor to still savor once you get the chance.  On those occasions when you’ve grown tired of your usual order in Jollibee, at least now you have another option.

What do you think about this?  Would you try it? 🙂