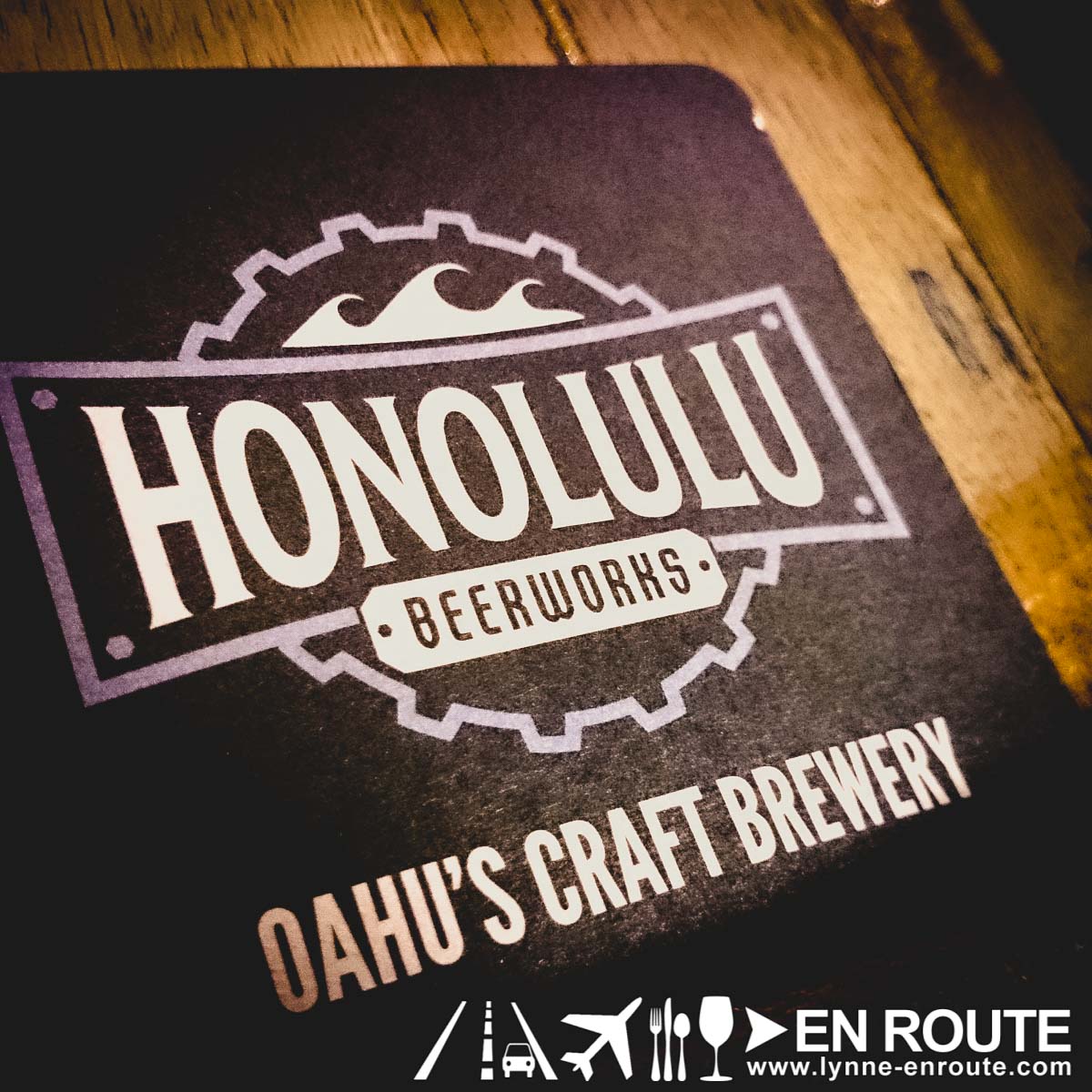 A stroll into this trendy district near the Ala Moana area where street art and food fairs abound reveals the location of Honolulu Beerworks, home of the fine craft beers this side of the Oahu island. 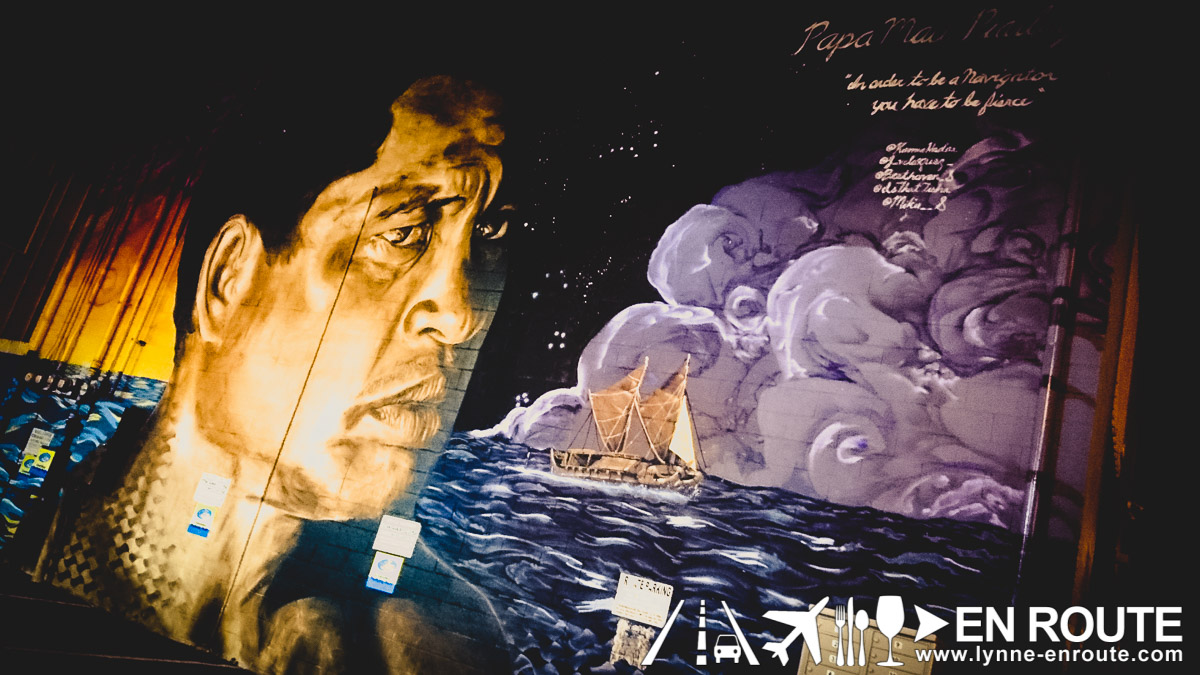 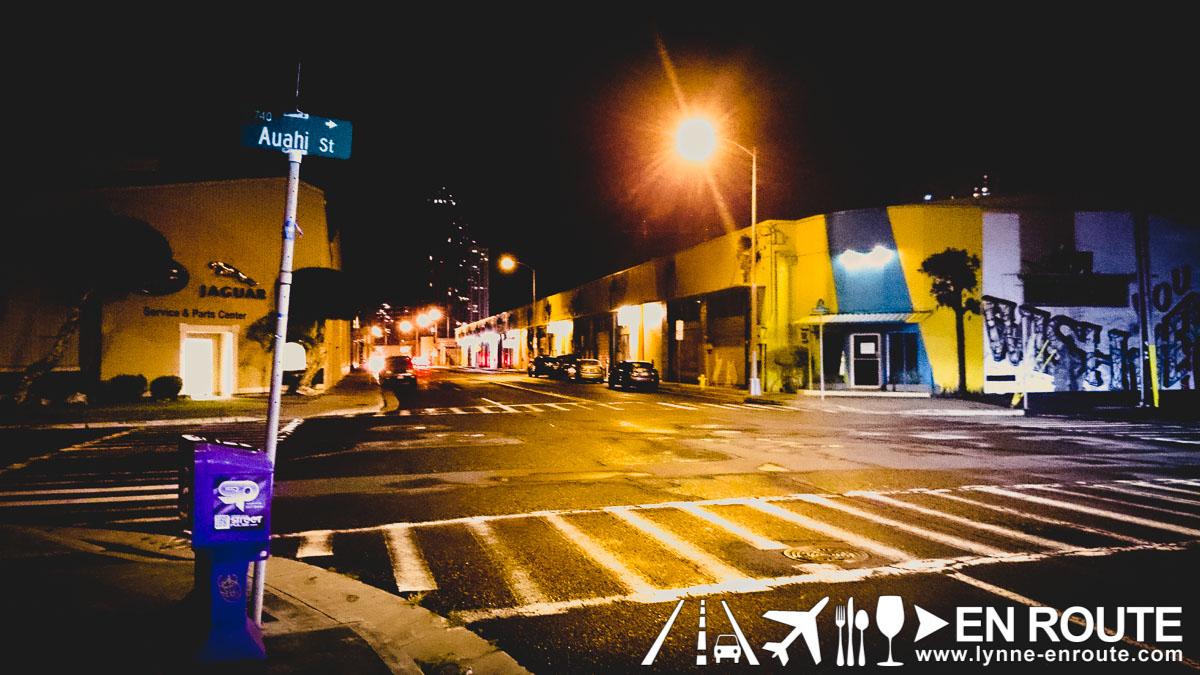 It’s got everything you can expect from a rogue brew maker hoping to challenge the Big Beer norm:

Styled inside a warehouse with spartan re-used interiors, vats upon vats of beers freshly brewed at the back of the bar, and a free-willing Aloha spirit that adds to the charm of the place. 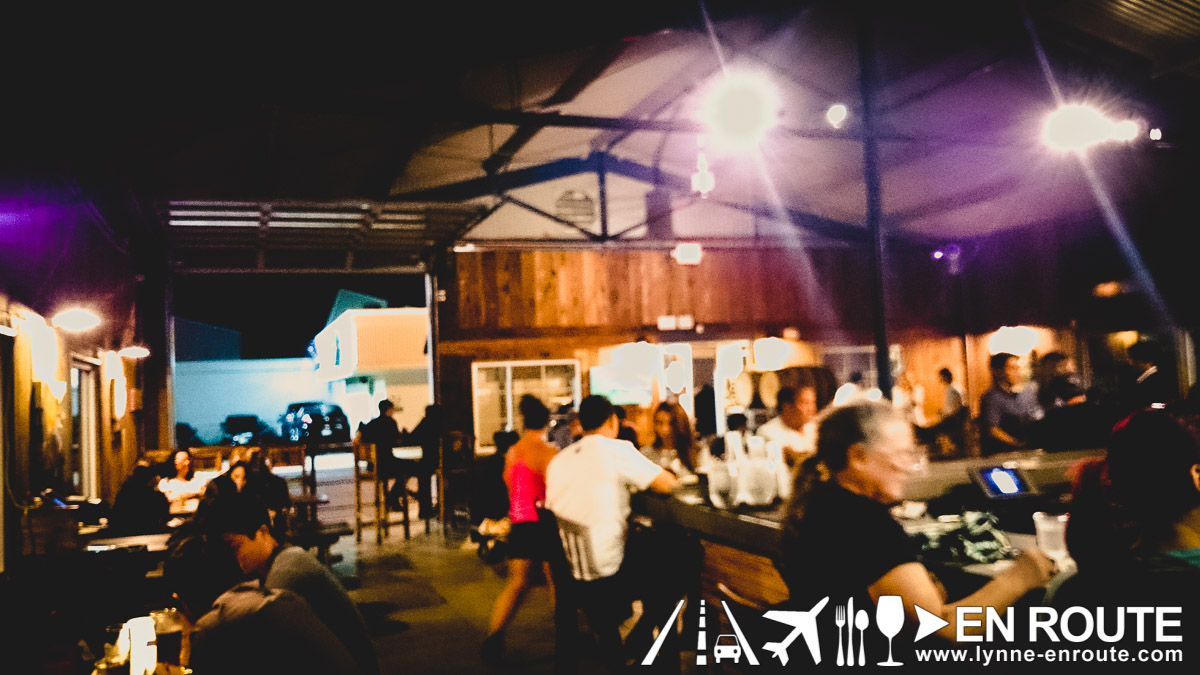 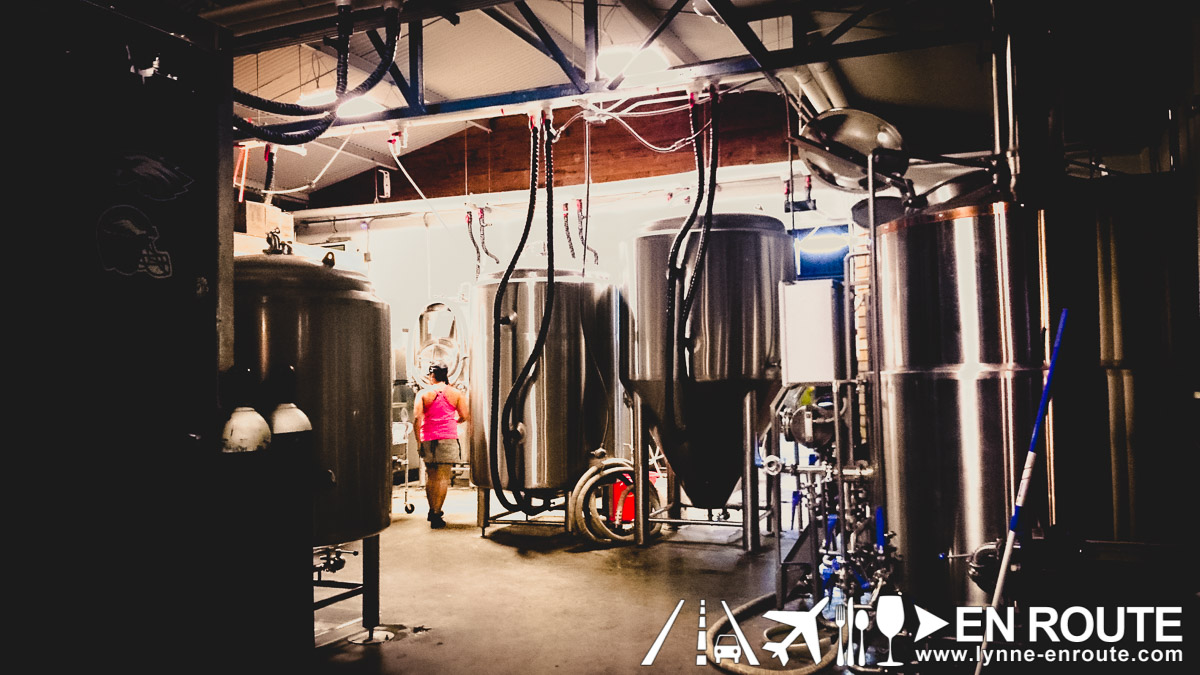 But this is all about the beers. 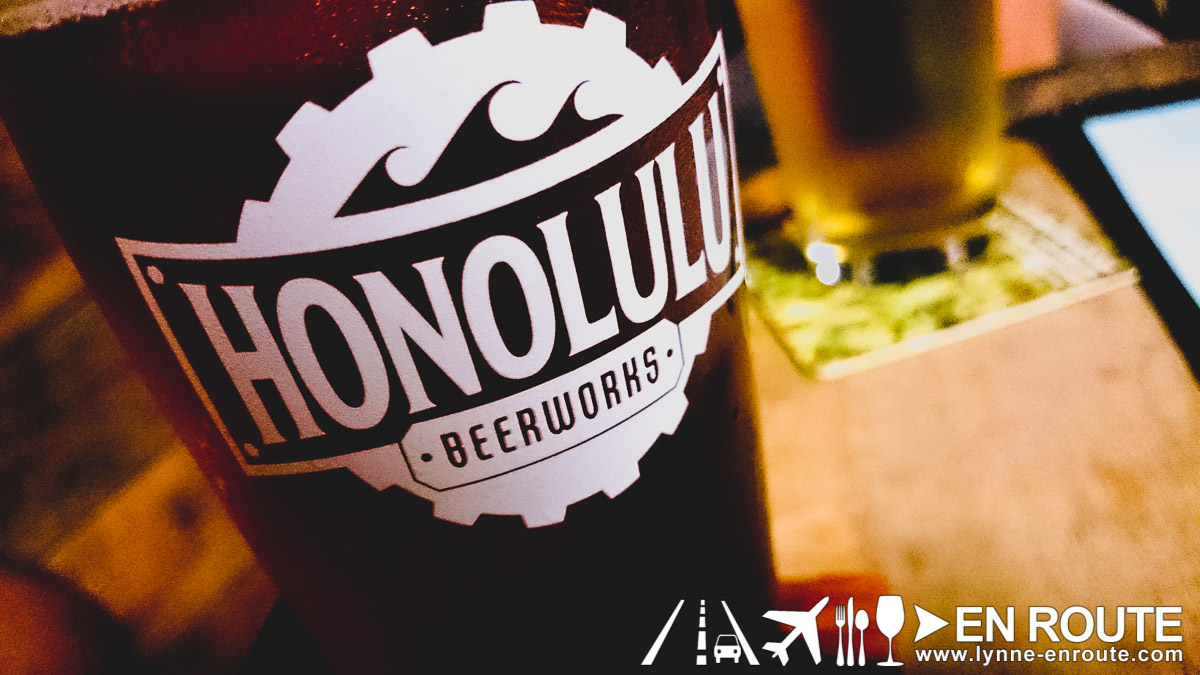 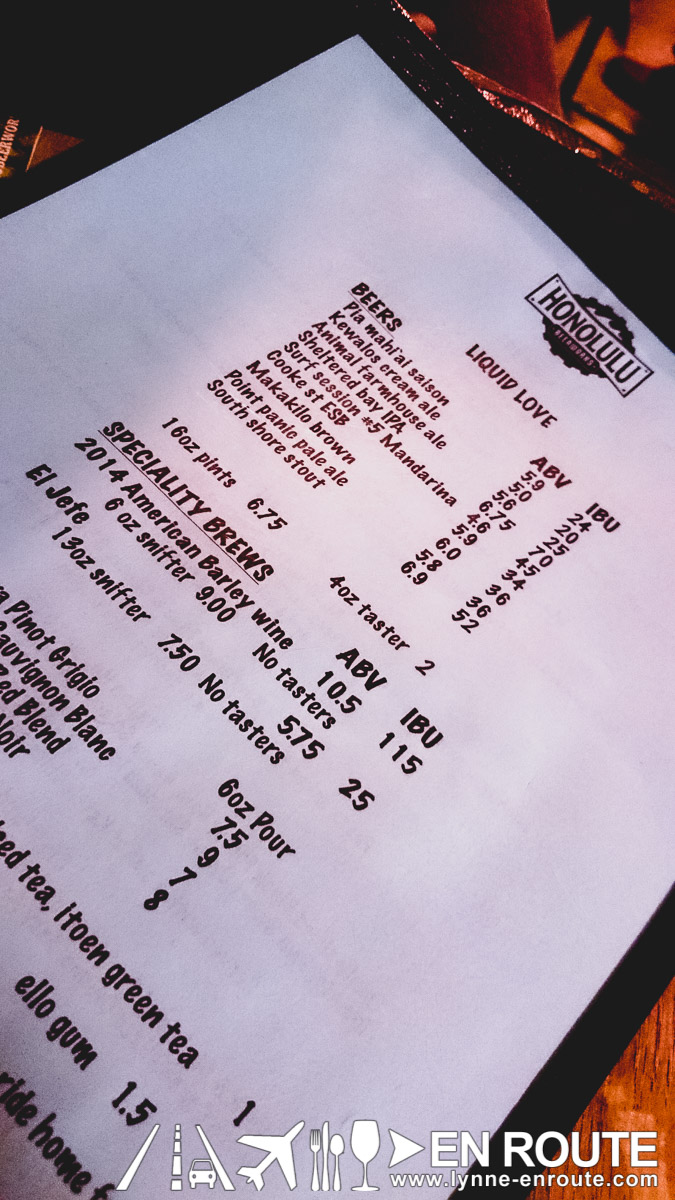 Beers are served on proper units: Pints. In case you want to taste a series, they have it in taster servings, too!

Want to go on a flight? Select a maximum of six brews. Some may be unavailable, but the server will gladly help your out on looking at alternatives.

It helps if you start off with the less hoppier brews as you work your way into the fuller tasting ones. To help you on this, check out the I.B.U. of each brew. The higher the number means the more bitter the beer is.

Here are some of the favorites in this flight: 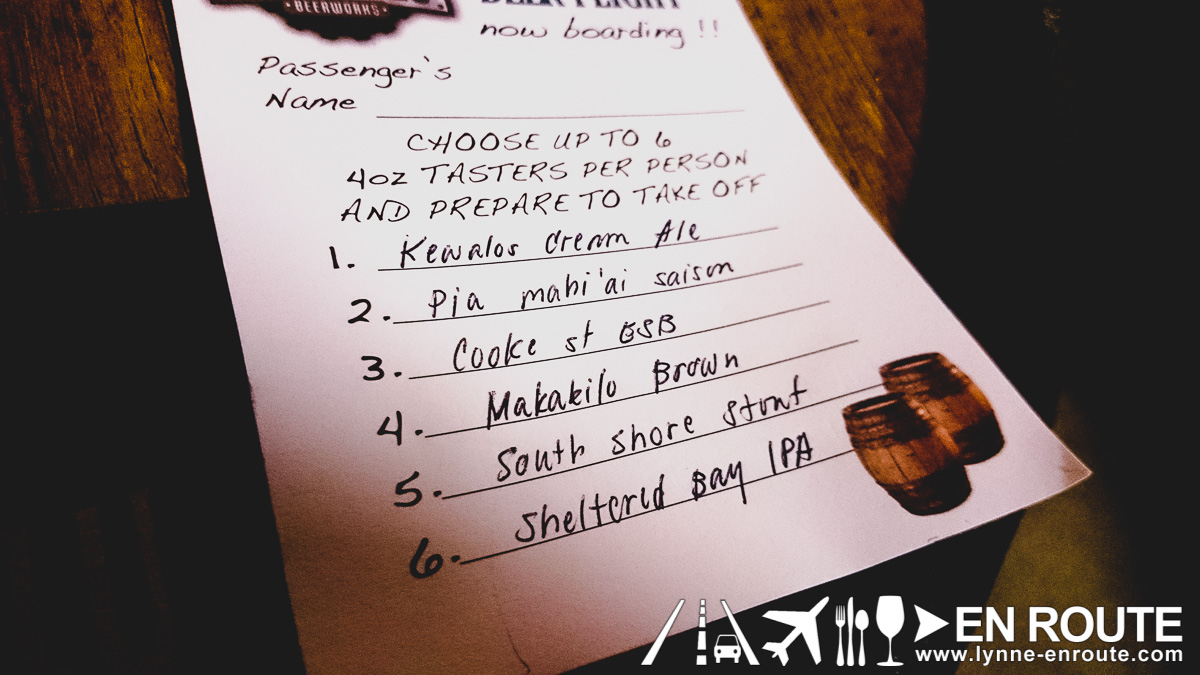 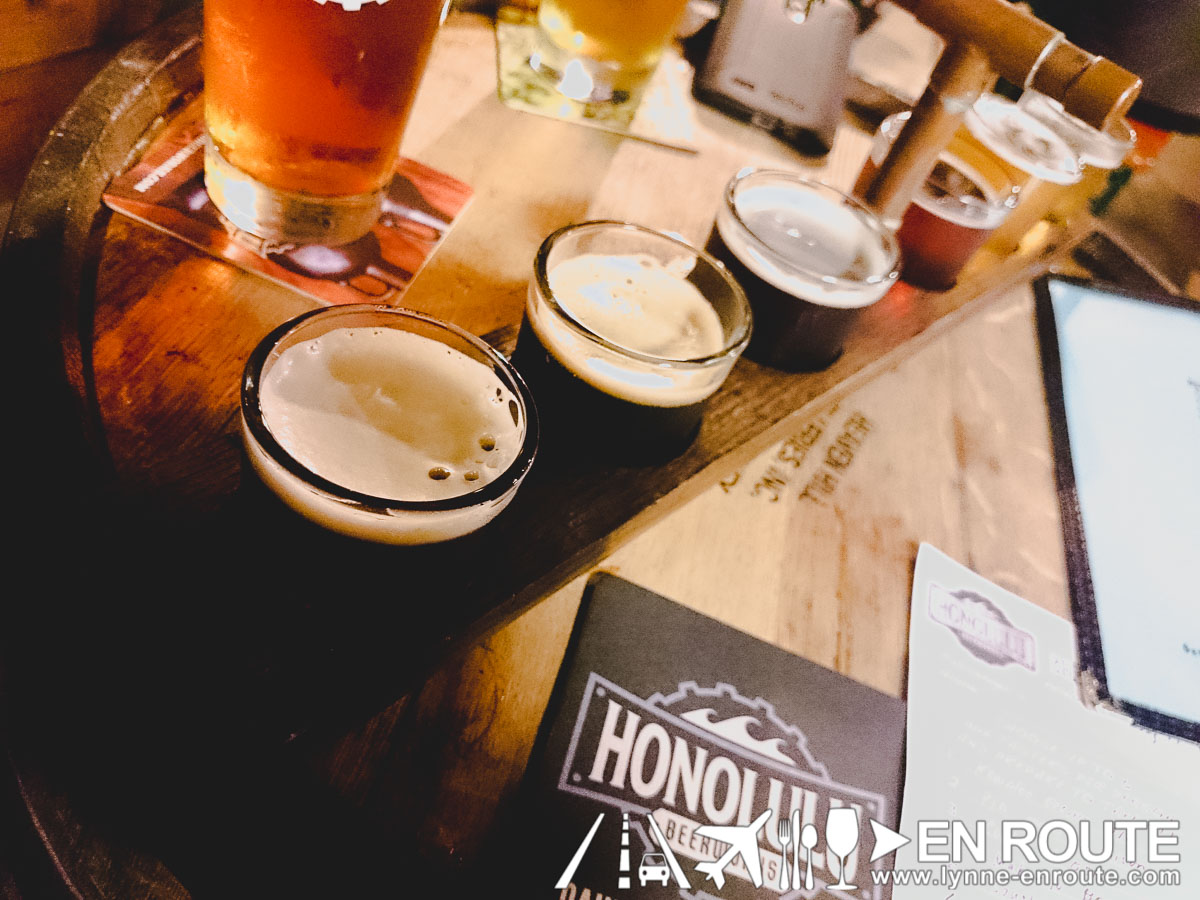 Some people say that drinking fancy craft beers connote a lot of pretensions and snobbishness. Truly disagree. There’s just too much variety and flavors out there that it invites people to tap into their adventurous side and learn that there’s more to beer out there.

And with the cool weather and aloha vibe, everything is just steady every visit to Honolulu Beerworks. 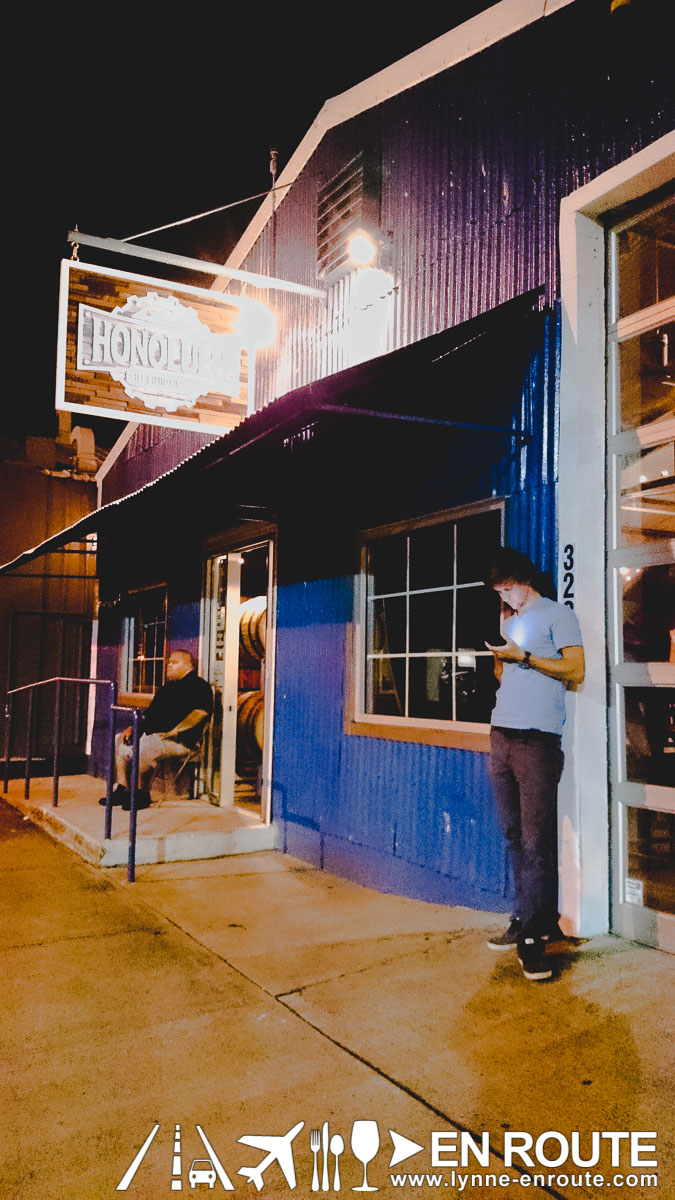