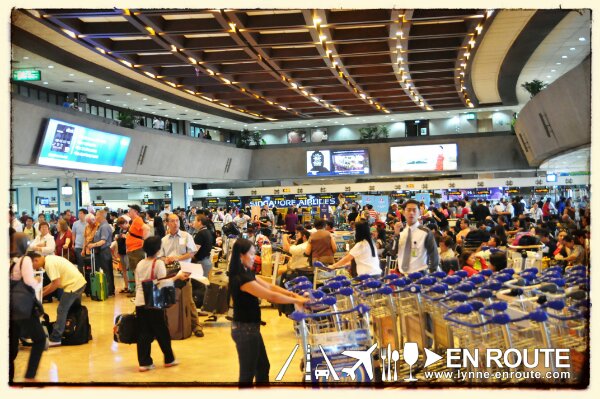 Lynne: I’m a big bundle of excitement. Gimme some of that cold weather! Long lines, fluctuating wifi (which my husband has pointed out  to me is free so I shouldn’t complain), freaking expensive airport food, and the smell of a smoking lounge shall not dampen my mood.

En route to our European adventure!

Ray: Wow haven’t been inside the old airport in years! It really does have a classic charm, it’s just that it is just cramped. I’ve been seeing a lot of people drinking beer here in the snack bar. It’s either they need to get over the check-in nightmares, or that San Miguel Beer is just one damn fine world class brew 🙂

After seeing Hong Kong and Singapore airport, I can see how some sentiments say that this is the worst in the world, but to be quite honest, it’s not so bad. Oh, and the Immigration people here are super friendly.

Flight will be called soon. More of these “Postcards” along the trip. Stay tuned 🙂