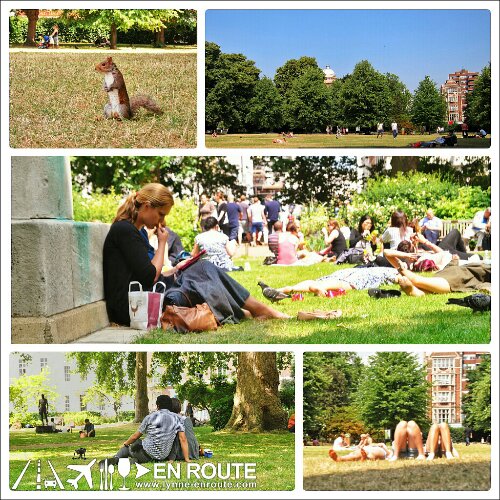 Lynne:
I was watching “Skyfall”, the latest James Bond installment, on the flight back to Manila. The London depicted there was the London I had in mind: gray and rainy. (And okay, I admit, I was hoping some Daniel Craig lookalike or someone from the British Monarchy would cross our path.)

During our brief stay, all we had was glorious sunshine. It was so glorious that the parks were full of people, locals and tourists alike, basking in its rays. It was like looking out on a beach, with girls sunbathing in their bikinis, guys walking topless, European teens (mostly guys) introducing themselves randomly to other groups (mostly girls) – all minus the actual beach. Again, we were in public parks. It was all fascinating to see as we sat in the shade, enjoying our mini-picnic, occasionally dozing off because there was a nice and cool breeze. It was so calm that we even had a squirrel stop by not more than two feet away.

I made sure our last day would be slow so we could do what every person on vacation in London was doing: just enjoying the wonderful weather in these huge parks with all these magnificent trees. We need to have more of these back in Manila. I seriously think the trees spell a a world of a difference, especially if our own little, furry friend’s visit is any indication. 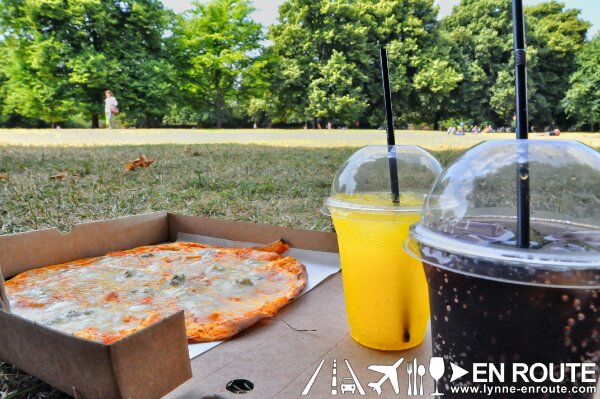 Ray:
Four cheese pizza, refreshing drinks (Not alcoholic. Might be a shocker for those who know us ), birds, squirrels, and the hot but breezy London summer spent in the shade of the magical trees of Hyde Park.

This Is The Life.

You can practically spend your day here, just idling and watching the world go by. And the world does go by! The harmonious cultural mix of London congregates in the open spaces on these short, fleeting sunny sessions. Men who have toned their bodies are now toning their complexion (and showing off to the girls). Ladies literally take off their tops and bathe in bikinis or their underwear. They do not seem to pay attention to the flaunting men, though.

The beauty of this all is that no one abuses this liberty to bask in the sun. So much that you can even drink in the park in broad daylight as long as you don’t bother your neighbor. Of course it helps that the cops really do have an ever-watchful eye for anyone who might do something bad.

If the cops don’t catch you, it might be this guy…. 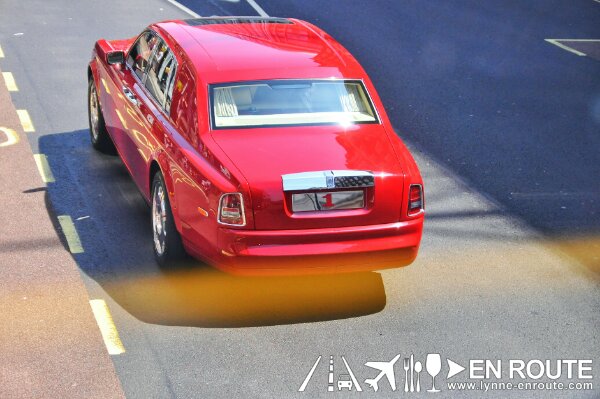 No one can ever, and I mean ever, get tired of London 🙂