It’s been a year since we began En Route.  Ever since day one, it’s all been about sharing experiences we’ve encountered. And as far as blog-related experiences go, I was giddy/ excited/ anxious when I was invited to attend Discover Cuisine, a blogger event at Enderun Colleges. 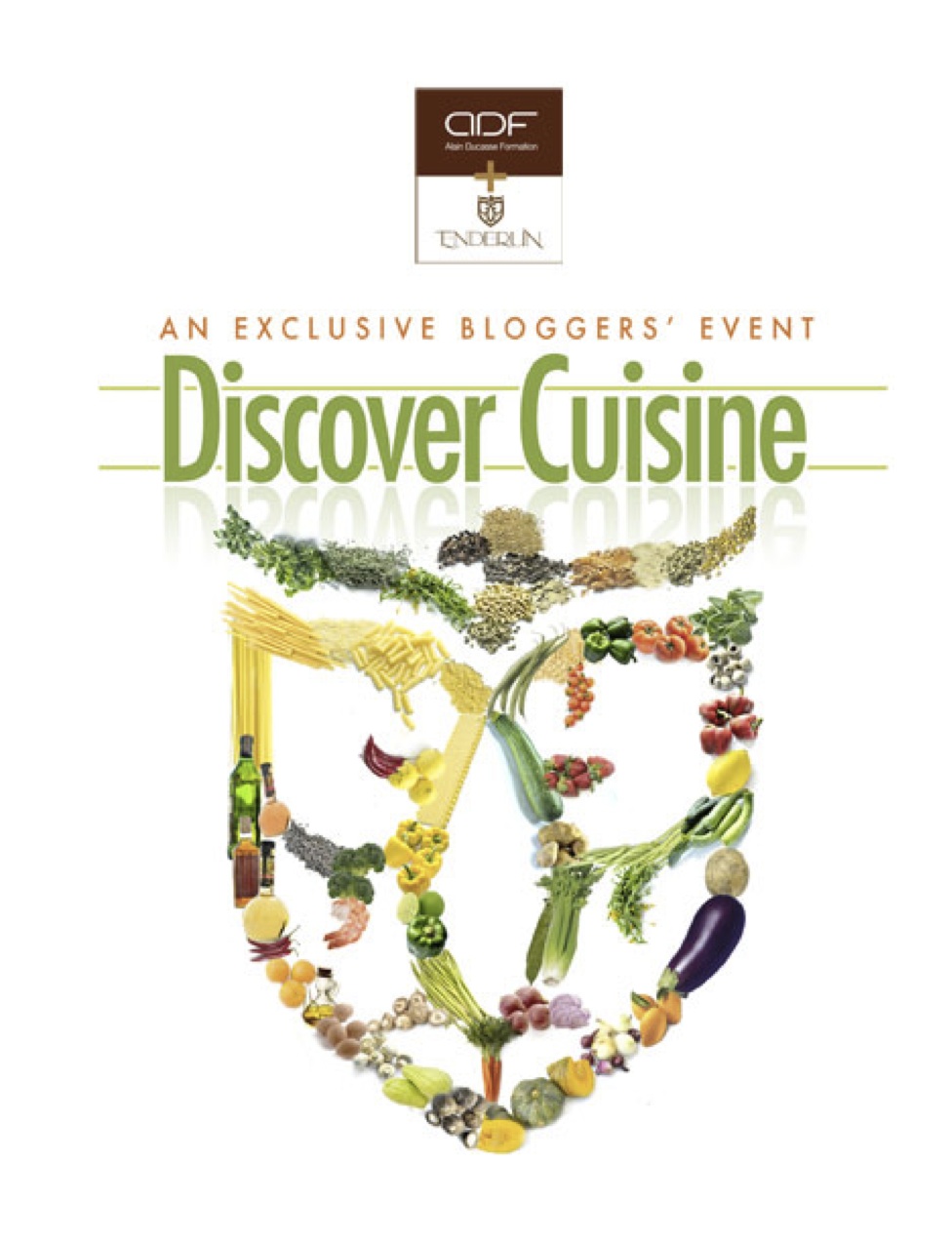 From the invite, I knew we were going to be taught how to make bouillabaisse.  I knew that was a soup, but that was it.  I was in for so much more apparently.

Our cooking lesson took place in the Culinary Ampitheater of Enderun. I don’t know if I was the only highly ignorant person in that room but it really felt like walking into a live set for a cooking show. Think of a smaller version of Kitchen Stadium. It was so awesome. I want a kitchen just like that. 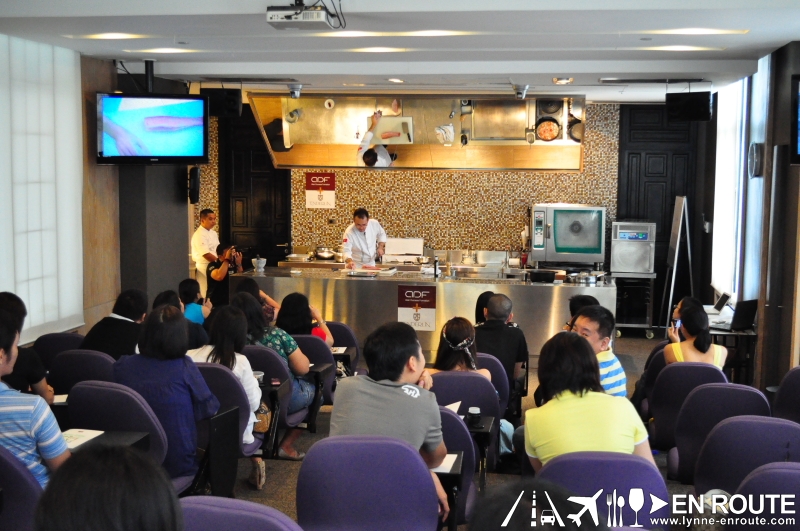 When I saw the recipe and list of ingredients, I knew this was no ordinary soup. Who was I kidding? With French Chef, Marc Chalopin taking us through the process, I shouldn’t have expected anything less of gourmet and fancy.  Chef Marc was handpicked by Alain Ducasse (of the Alain Ducasse Formation or ADF) to take the post of executive chef in ADF + Enderun back in 2008.  He brings with him over 25 years of cooking and teaching experience.  He was quite a character, really.  He put on a good show so we found ourselves laughing every so often in between taking notes and photos.  I saw how meticulous he was and how keeping the kitchen clean and tidy makes a big difference in the preparation of food.  Just imagine, at the end of the session, I ate bouillabaisse cooked by a French Chef who has even been part of the Le Jules Verne restaurant in the Eiffel Tower of Paris!

This is a traditional fish stew that originates from the south of France, specifically from Provence.  It’s a very meticulous dish to prepare.  The flavors come from fish, onions, tomatoes, garlic, fennel seeds, black peppercorns and chicken stock.  You have all these ingredients but the important thing you get from it is the flavored stock after simmering.  Chef Marc also kept on scooping out the froth while it was boiling so he could get the clear broth.  We were shown how to de-bone lapu-lapu and red snapper, score squid, prepare clams and shrimp.  Several attendees were even asked to help out. 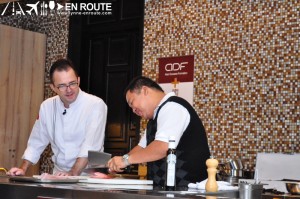 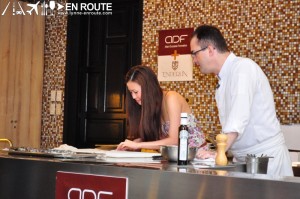 A lot of other ingredients went into the mixture like saffron and orange zest.  The dish is also served with a slice of baguette on the side.  The bread is topped with a Provencale sauce that’s like mayo in terms of consistency but came from a potato-olive oil-egg yolk base.  Of course, even a sauce was meticulous in terms of preparation. A volunteer from the audience had to beat the mixture continuously until the right consistency was achieved. 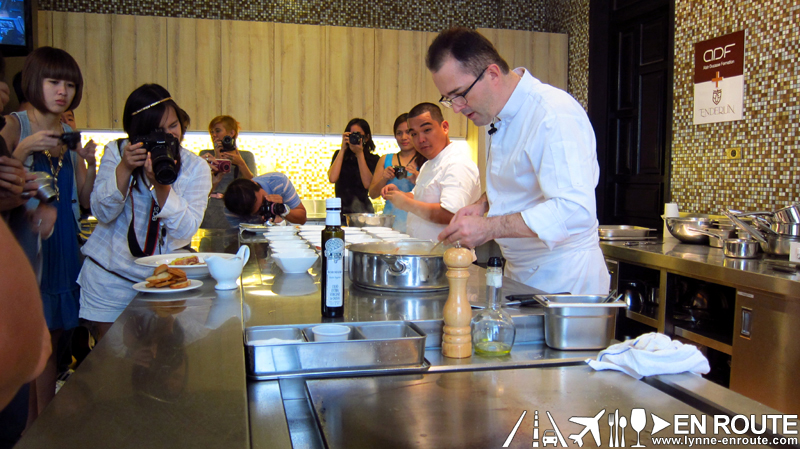 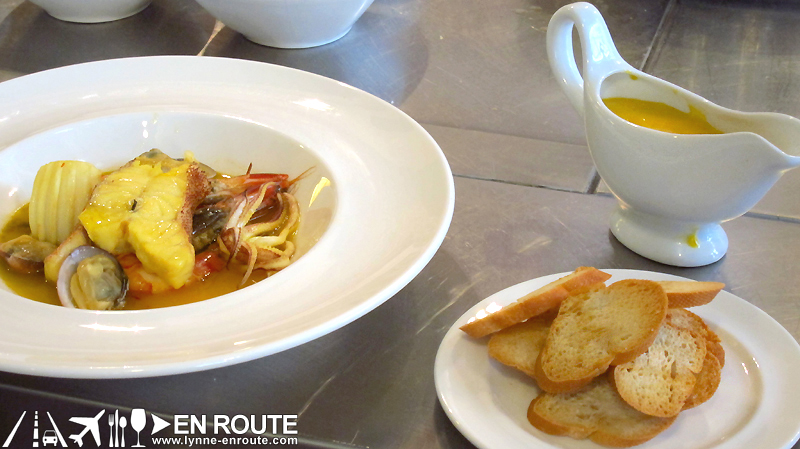 At the end of the cooking demo, we were all very eager to taste what we spent an hour or so watching to be prepared.  I liked that the flavor was there but it was also light.  It wasn’t just yummy, it was also so pretty to look at!  Presentation really has a big role in terms of how a meal can be enjoyed.

I think it’s great that a school like Enderun has been put up in the Philippines. Maybe if it had been around when I was looking into colleges, I would have considered going here.  They offer courses for either a Bachelor of Science in International Hospitality Management which involves culinary hotel administration and culinary arts, or a Bachelor of Science in Business Administration and Entrepreneurship with focus on Family Enterprise.  ADF + Enderun actually has a fifteen-month Certificate program for Culinary Arts. Classes may have started but this is something worth a look.  Heck, even I’m interested and I was a college freshman more than ten years ago. 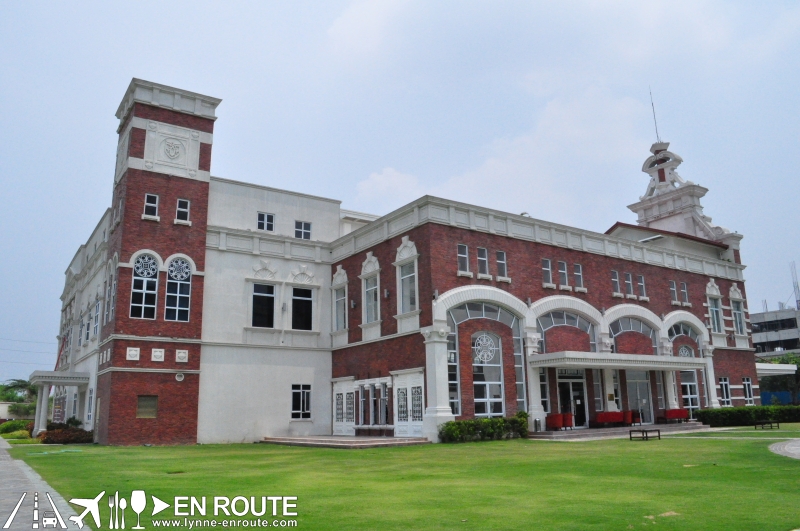 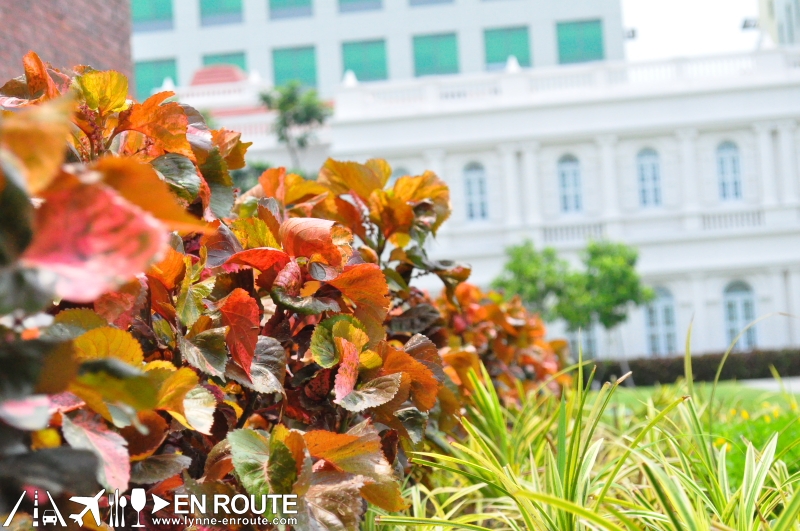 The tour around the campus made the idea seem really worth looking into. The facilities are updated and kept pristine. The architecture of the place is a mixture of French inspiration and modernity.  There is also a lot of free space for the students to move around in. 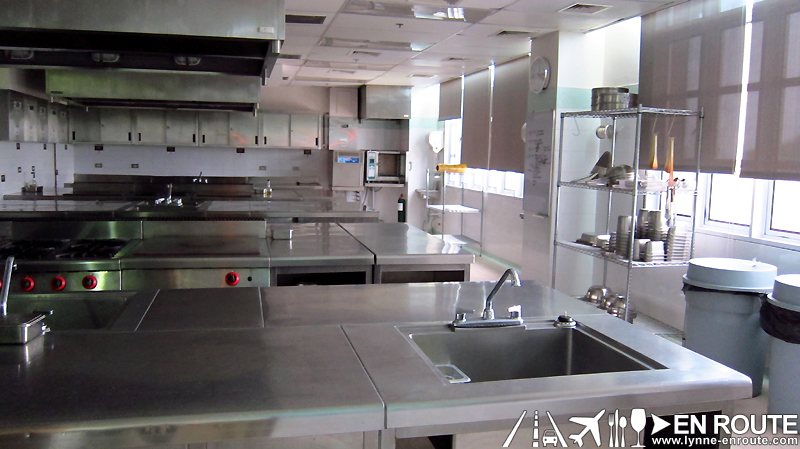 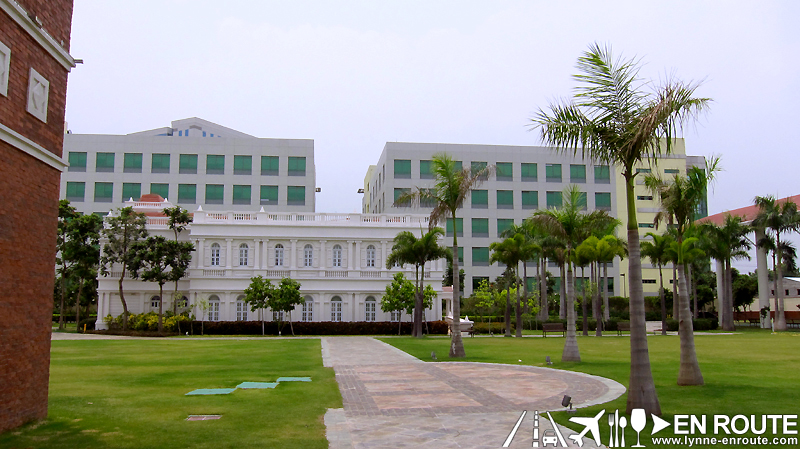 At the end of the day, I found it thrilling to be among all the other food bloggers.  It somehow felt like En Route was finally really making a mark in the blogosphere, albeit gradually.  It also served as a reminder that maybe I should look into more formal cooking training given that I love food so much.  So far, the only culinary skills I possess are for simple things like crispy salami pasta and basil pasta salad.  While yes, it seems like a lot of effort, I’m sure that’s what makes all dishes served worthwhile.