One of the places we have set our hearts to travelling to is Spain. Despite the fight for independence that history books say, we can’t deny that Spanish influence is still well- entrenched into our way of living up to now. Think siesta. But also think of all the menudos, mechados, asados, cochinillos…I could go on and on.

So while we wait for our time to travel again, it’s exciting that a taste (or several flavors in fact) of Madrid is coming to Manila. 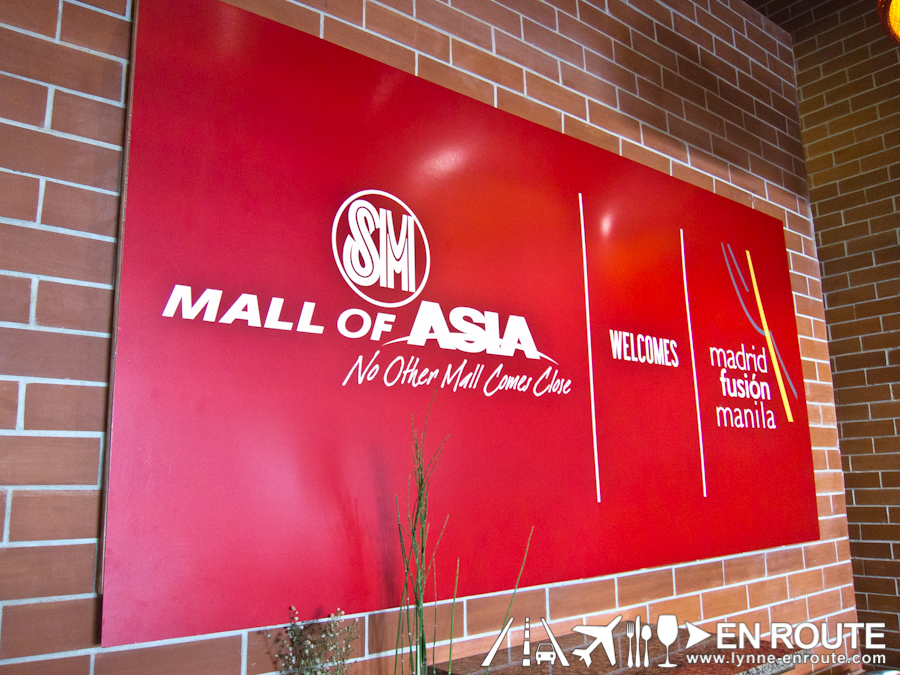 Madrid Fusion Manila will be a great opportunity to showcase authentic Spanish ways of preparing dishes, as well as how we Filipinos, have used this influence to create something that is still uniquely our own.

It will launch on April 24, 2015 and the big expo will happen at the SMX center near SM MOA as SM Supermalls is an official partner in bringing this to the Philippines. That’s when international gourmands will be coming in to give cooking demos and talks to tickle your palette. Until then, there are already pocket exhibits and events ongoing in different SM Supermalls.

We had to privilege of watching four talented Filipino chefs come together for a sneak peak of what we can expect. 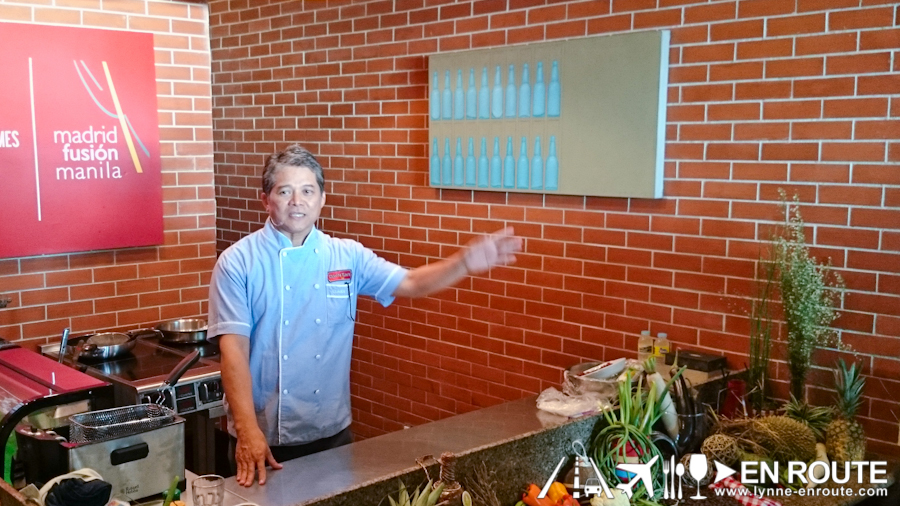 Chef Claude Tayag, of Bale Dutung fame (think Lechon menu and Capampangan cooking) showed us two ways of cooking adobo: Adobong Puti and Adobo ni Juan Tamad.  The tamad version basically threw everything into the pot and *poof!* After a while, it’s adobo!  I actually like the taste of that one too. 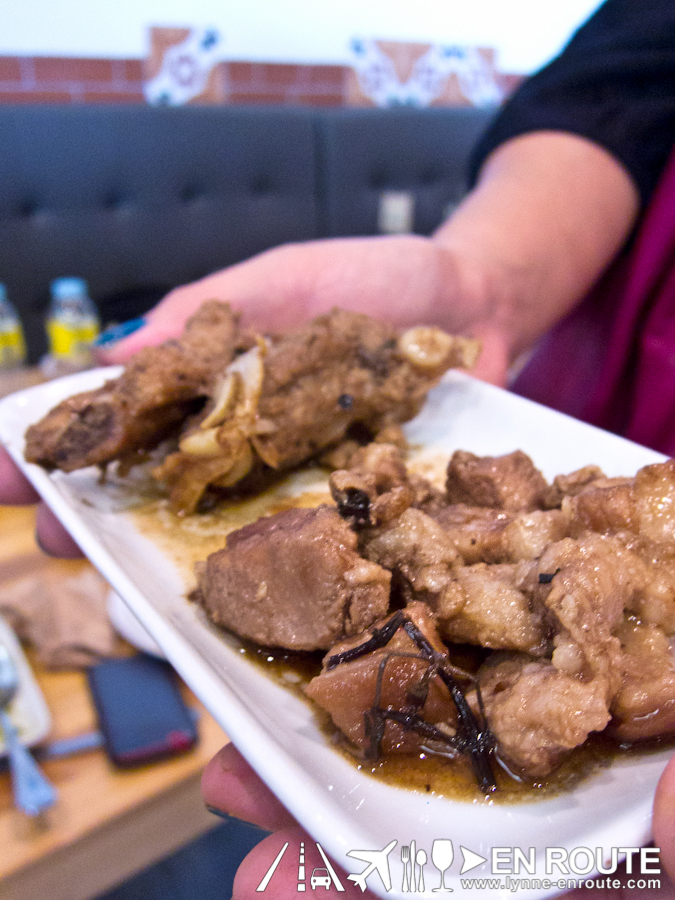 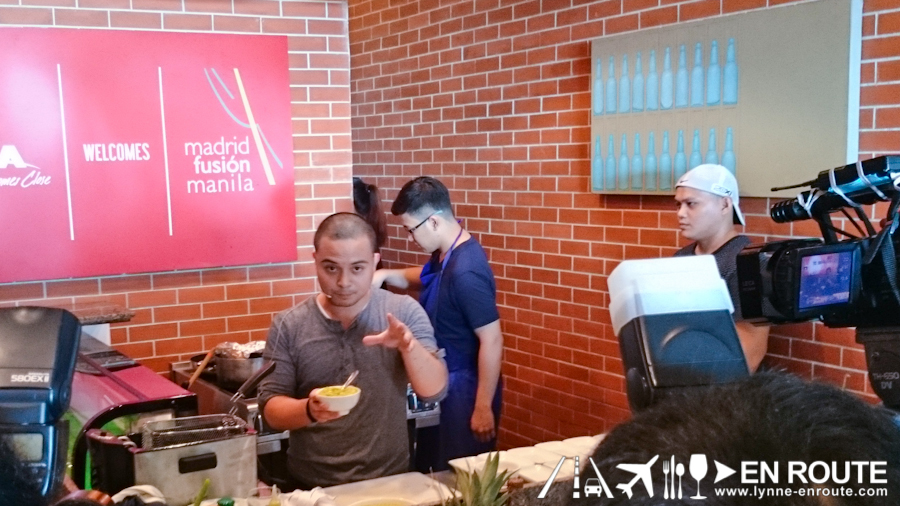 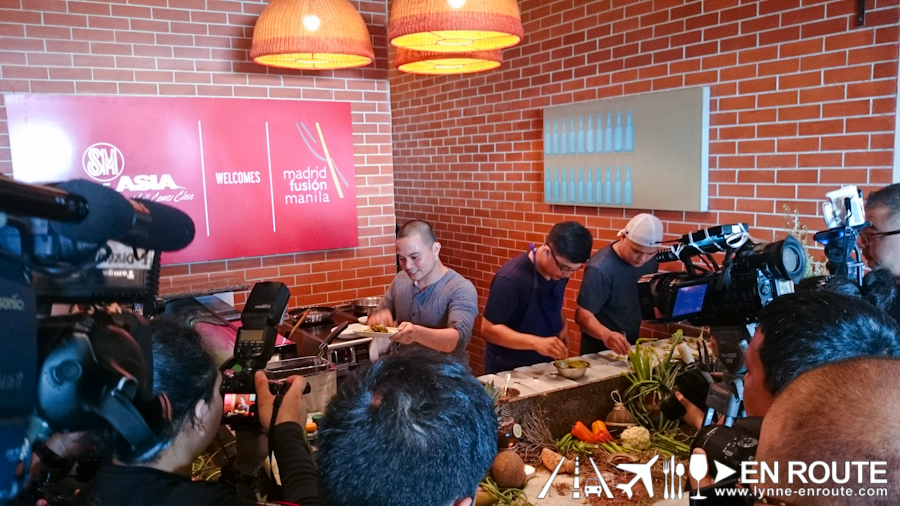 Chef Bruce Ricketts, of Mecha Uma, showed us how Spanish-Mexican cooking can be applied to very Filipino ingredients like saba and coconut vinegar. It’s really about playing with “layers of texture” and “layers of flavors”. He came up with Seared Prawn with Marinated Saba, Avocado, and Burnt Coconut Vinegar. The layers I loved most about this was the sourness of the vinegar being balanced by the fresh taste of the avocado. 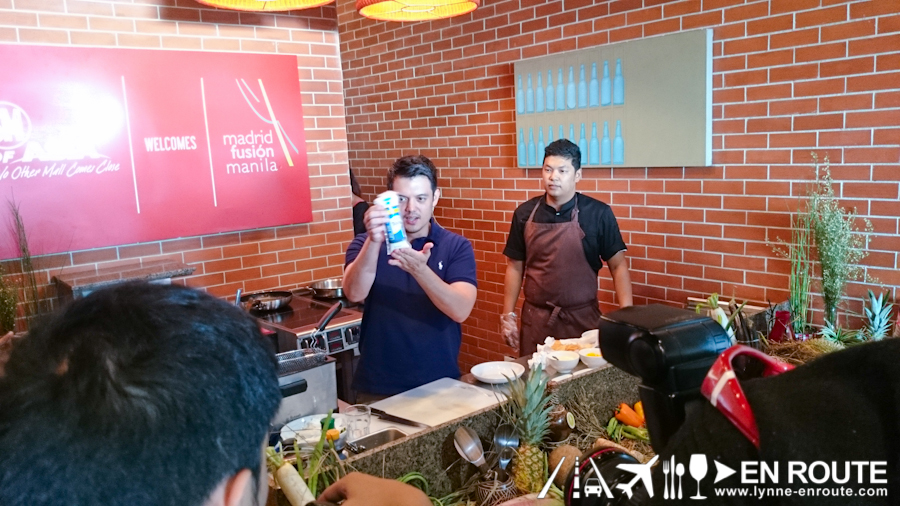 The Goose Station’s Rob Pengson, drew inspiration from many things, one of them being heritage and culture. Colors, according to him, can also inspire cooking, at the same time evoking emotions. A chef’s job is then to correlate these emotions with techniques and flavors. It’s also about “elevating something simple and making it radical.”  What he elevated was tofu in the form of taho with his Mango Tapioca Surprise. 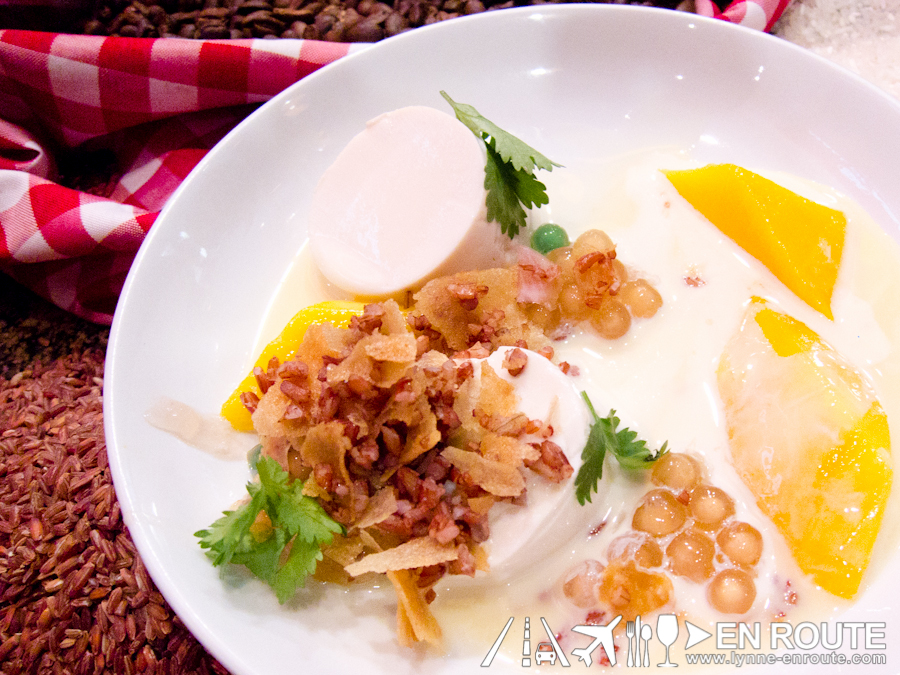 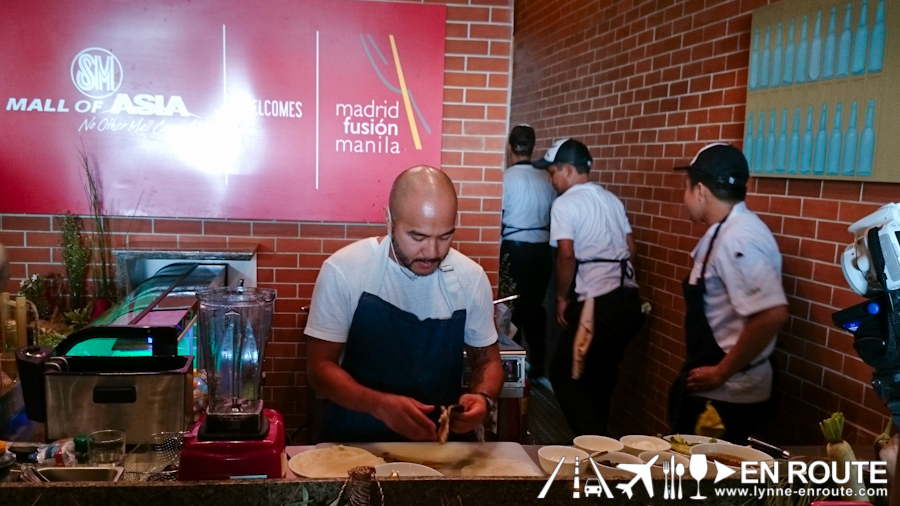 Lastly, Chef JP Anglo, the man behind Sarsa, prepared Bangus Spring Rolls with Talangka Vinegar and Batikulon Mang Tomas Sauce. The name itself is several shades of awesome already.  That talangka vinegar!  If we could just bathe in its richness… 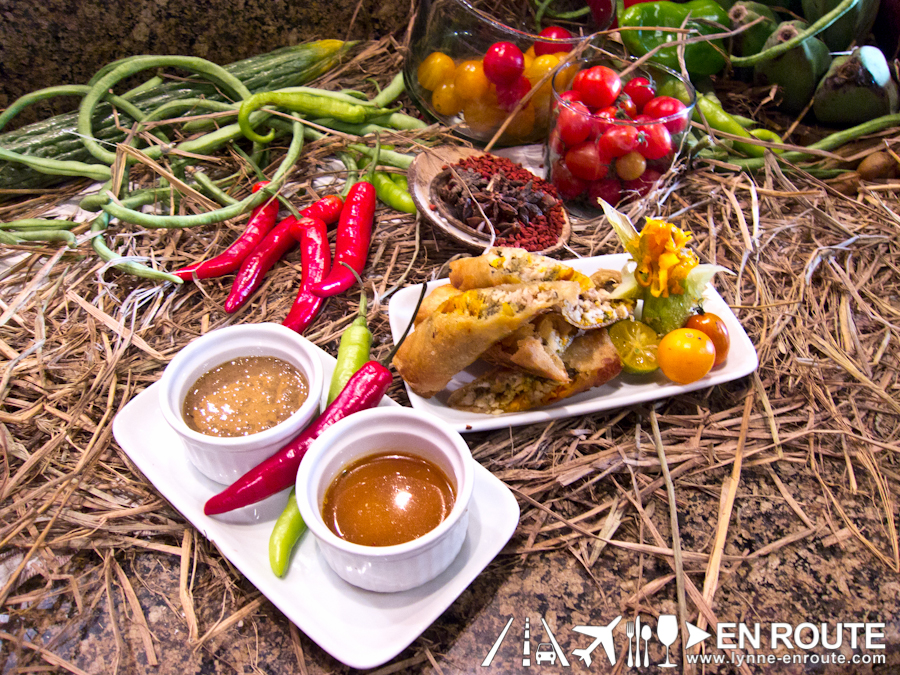 Truly, these chefs are testament to how rich the influence of Spain has been, but more importantly, of how the added Pinoy touch breathed new life into whatever dishes they cook up.  The marrying of different influences and flavours, that’s where the fun is.  In Chef Bruce Ricketts words, “Cooking is one big mistake that we’re all trying to correct.”

There’s definitely a lot more to come from Madrid Fusion Manila.  Despite the distance from Spain, there’s no excuse not to have a taste of it.